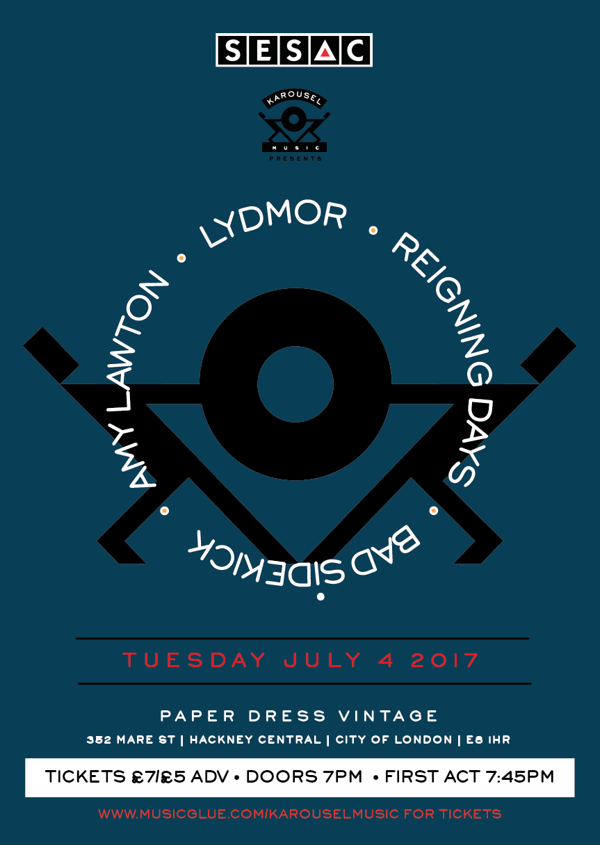 The danish girl with the bruised knees jumping down from stage swinging the chord of the microphone like a whip while she sings as much of sex and drugs as emotions and far away places. At times it can seem like the Danish singer Lydmor is everywhere at once. One moment she is standing on the top of a bar in a venue in Sao Paolo singing her heart out while the beat is pumping over her sweaty dancing audience. Next she playfully coproduces a track with j-pop legend Takeshi Kobayashi, or composes a soundtrack for an animated fantasy series. In between her myriad of creative collaborations (including critically acclaimed "Lydmor & Bon Homme")the young producer and singer has managed to tour most of the world several times, playing from the biggest festivals and venues to at times in the homes, in tiny living rooms, of her biggest fans. The eccentric Scandinavian girl balances always on the tip of a knifes edge between light and dark. Between loving and cold. Order and chaos. If you manage to catch one of her shows, she will flirt, dance, cry, scream and hug her way into your heart with a brutal honesty that comes across both in her pumping rhythmical electro sounds as well as her emotional dreamy side. Multiple media has compared the quirky voice to the likes of Grimes, Kate Bush or Björk but inevitably the comparisons fall short. Lydmor is quite her own and since she returned from a mysterious stay in Shanghai in China she has announced that she is working on her biggest project to date, which she will be premiering in a few select cities of Europe (London, Copenhagen, Aarhus, Mainz, Berlin, Munich, Hamburg, Cologne, Milan, Amsterdam), and New York City during the spring. HEARTBEAT MANAGEMENT thomas@heartbeatmanagement.dk https://www.facebook.com/lydmor

“Rarely in the field of muscular rock has such promise been exhibited in four tracks” James Hickie, Music Week October 2016

“Reigning Days are writing music that’s so SO good, it sounds like they’ve been a band for years and they’re already doing stadium tours.” – Alex Baker (Kerrang! Radio)

OVERVIEW Reigning Days are singer/songwriter/guitarist Dan Steer, bassist Jonny Finnis and drummer Joe Sansome.
With three top 10 Kerrang! Singles in 2016, their forthcoming album is a collection of mammoth rock tracks that build on the band’s recent radio and live successes.

Now signed to Marshall Records, the band are currently in Abbey Road putting finishing touches to the album.

They have had extensive radio airplay, an amazing catalogue of reviews and massive support from BBC Introducing, Kerrang! And Apple Music (number one on Apple Music’s Rock playlist) the band are now poised for major success in 2017. Last year they performed on stages at The Great Escape, Download, 2,000 Trees, Y Not, and Live at Leeds and toured with Feeder (Camden Roundhouse, Mancester 02 Ritz etc), Detroit rockers Wilson and Raveneye Their latest single, ‘Empire’ builds on the band’s already stratospheric sound, taking things up yet another notch, with even more bombastic riffery, made-for-radio choruses and a display of musicianship that puts the band way ahead of their contemporaries.

“I’m running out of words to say just how amazing this band are” Alex Baker, Kerrang!

“Rarely in the field of muscular rock has such promise been exhibited in four tracks” James, Hickie, Music Week October 2016

“Having already made waves last year, Reigning Days are clearly aiming to take a big bite out of 2017” – Kerrang! Download isn’t exactly short of big riffs and thrilling energy that hits like a bolt of lightning, but Reigning Days still stick out as a gold-plated humdinger today. Today, Download belongs to Devonshire. -Kerrang! Magazine (Download KKKK Review)

Reigning Days are a genuinely bright hope for British rock. -Listen with Monger

For a trio who’s first two singles gate crashed the K! Rock Chart, it’s only a matter of time before they’re ransacking the mainstream with their guitar fuzz! -James Hingle, Kerrang! Magazine

Reigning Days draw on the continuum of sassy riff action that runs from QOTSA to Royal Blood. As long as Muse exist they will remain the country’s second biggest-sounding band, but their swaggering set suggests they’d view this as a challenge! -Olly Thomas, Kerrang Magazine (KKKK Great Escape review)

Devonshire Trio tick box marked Future Rock Stars with Killer EP Ultimately – just as with most great bands – it’s all about the songs. There might only be four here, but each of them is laced with the kind of melodic goodness most new bands would struggle to concoct once. -Steve Beebee, Kerrang! Magazine (KKKK EP Review)

Ensnared by their massive riffs and songs which could be played in a stadium or a cramped and sweaty club, I knew this band was one worth keeping an eye on. -Moshville, EP Review.

Friendly Fire “Oh… My… Life, those guys have the makings of a legendary band” Alex Baker, Fresh Blood, Kerrang! Radio "Upload of the week. This has blown my mind. The new direction these boys are going in is absolutely phenomenal. Mind blowing tune tonight..." James Santer, BBC Introducing “The vocals snarl with emotion, pleading you to take it all in, yelping and hollering like a backwoods preacher. Rumbles of low end and crashing, urgent almost possessed drumming fill the space between the hopeless and the hopeful. The rhythms here, although tight and forceful, never fall into modern rock cliché or try too hard to overstate their intent. Combine all this with razor strength, lazer guided noisy guitar work and you’ve a band capable of thrilling both the most die-hard fan and the raw recruit at any given rock club night. In a manner of speaking; fucking ace. Nothing more, nothing less” Noctis Mag “It’s a sonic Friday night punch up ! All bundling up into what has always been great about this live band, on new single "Friendly Fire"Jackson Cooper, Riviera FM “…fantastic stuff. If you're into Royal Blood or even general rock music, this may very well be your taste. These guys have some serious style and potential to be huge on the indie-rock or alternative scene" http://alreadyheard.com/post/131011570435/reigning-days-share-new-single-friendly-fire

“With it’s thick riffs, self-assured vocals and tight knit instrumentation, Reigning Days have produced an exciting slice of hard rock in three minutes”https://jrtaglianiwrites.wordpress.com/2015/10/12/music-monday-reigning-days/ “They have a real majesty about their music; their riffs are arena-sized and you can just tell that they’re made for the bright lights of this industry. Adrenaline is layered on top of a supple foundation of solid bass work and thundering drumming, creating a huge, huge track that pulsates with energy.”http://alreadyheard.com/post/131687440980/new-reigning-days-video-friendly-fire “…the video gives an insight into the band’s effortless abilities to put on a show-stopping performance. Cut between exciting angles and impressive lighting, it’s irrefutable evidence that Reigning Days will be tipped for big things in 2016… and finds the band hitting their impressively thunderous musical stride, showcasing colossal riffs, and a chorus that’s destined to light up the airwaves worldwide” http://www.withguitars.com/devon-3-piece-reigning-days-reveal-official-video-for-friendly-fire/ “Three broodingly handsome chaps in a variety of black attire making a racket in the sleepy coastal town of Teignmouth. Imagine standing your ground as the mighty Mississippi breaks it's banks and the water comes rushing through you full of debris and urgency. This is infectious, infused with a nervous energy and utterly perfect for a good stomp or an angry drive so on this evidence it can't be long until these guys are storming bigger stages and impregnating the first six rows with their rock'n'roll genes. http://listenwithmonger.blogspot.co.uk/2015/11/reigning-days-single-review.html Renegade reviews "They've kind'a come out of nowhere punching so, so hard, so above their weight. They're writing music that's so, so good, it sound like they have been a band for years and they're like already doing stadium tours, but they're not! They're still in their infancy and it just blows my mind. This is they're brand new single...It's called Renegade, and unsurprisingly...It's huge!" Alex Baker, Fresh Blood Kerrang! “Pitched somewhere between Royal Blood and Guns N' Roses, Renegade make a noise so big and terrifying that we've had to relocate the magazine to a bigger, more robust office. Devastatingly epic" Classic Rock Magazine “If you want to stay abreast of the “next big thing” then you should probably pay attention to Reigning Days. You can somewhat understand the hyperbole being spouted about the band, its big dirty and very accessible rock music… you could see the band becoming 2016s version of Royal Blood” http://altdialogue.com/2016/01/15/singlesvideo-round-up-january-2016/ Gig Soup Track of the Day http://www.gigsoup.co.uk/boom/boom-reigning-days-renegade/

“It’s a sight for sore eyes because it’s just visually beautiful. The devonshire three piece put out this nice slice of weird indie rock, and to go with their latest single, ‘Renegade’ they’ve put out this absolute corker of a video” http://discoveredmagazine.com/discovered-tv-reigning-days-release-a-video-for-sore-eyes/

“Not to come into 2016 quietly, Torquay’s Rock trio Reigning Days have fired off every canon in their musical artillery to bring us ‘Renegade‘! The fresh-faced lads have already made their mark on the minds of many via their previous single ‘Friendly Fire‘, but man does ‘Renegade‘ show exactly how big they’re gonna blow up.” http://www.revivalmedia.co.uk/reigning 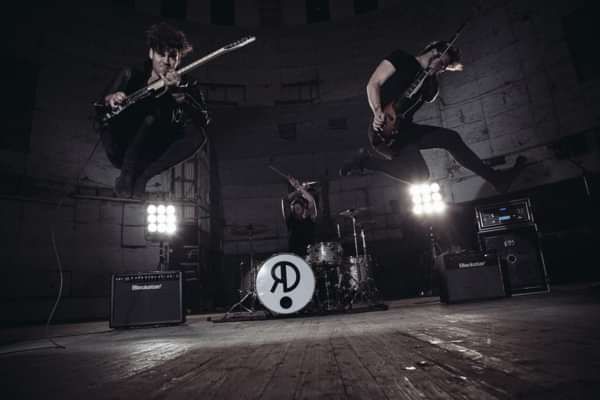 She has written rhymes, poems and short stories since she could pick up a pen and has been developing these ideas into song over the past 18months in London with renowned writer/producer Matty Benbrook.

Matty is well established as a collaborative writer who has been instrumental in the development of artists such as Dido, Paolo Nutini and Jack Savoretti.

Amy’s skill with wordplay and pop melody can be heard perfectly in the first song to surface from Matty’s studio, ‘Turn Around’. Her innocent-yet-knowing vocals are the perfect foil to the often-biting lyricism, reminiscent of artists such as Lisa Loeb, Suzanne Vega or County-era Taylor Swift.

Amy has been steadily developing her live show too, with support to Jack Savoretti at London’s Cardogan Hall in March 2016 and performances at many of London’s iconic singer/songwriter venues such as The Troubadour, The Bedford and Ronnie Scott’s. 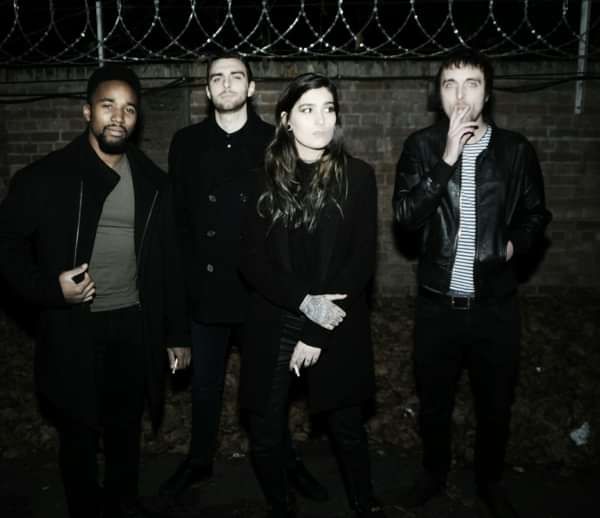