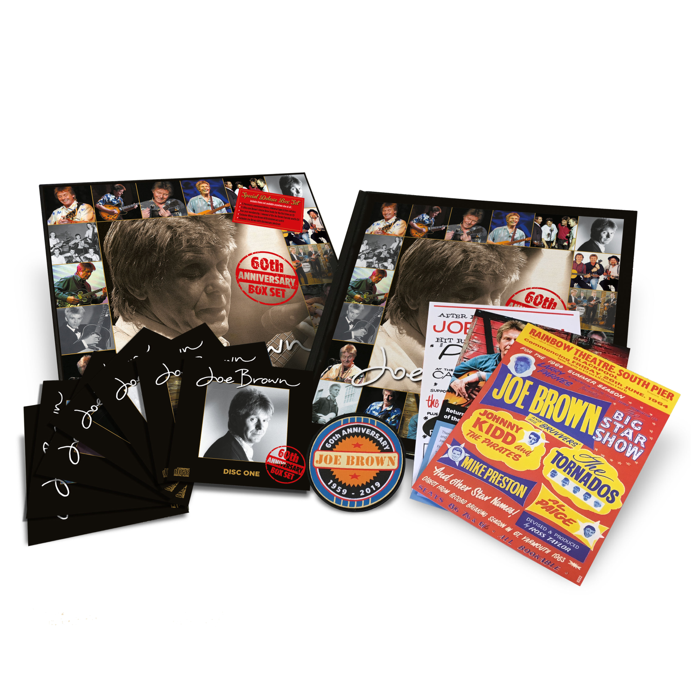 This is Joe Brown’s first ever box set, which celebrates his prolific 60-year career playing music. It contains six albums of music drawn from across his entire career from the very beginning, through the folk/rock combo Brown’s Home Brew, right up to the present day. Many of the numbers will be little known while hitherto unreleased material also features. The package also contains a live DVD, three card inserts of early posters, a multi-coloured patch and a Joe Brown plectrum.

The very special collection pays tribute to a musician’s life well lived. It demonstrates both Joe’s versatility (he plays many instruments) and the range of his music. He is equally at home with Leadbelly standards, Golden Gate Quartet gospel songs,1930s’ classics and instrumentals, real hoe down country music and country blues. Not to mention klezmer, pop and absolutely authentic rock ‘n’ roll… Joe Brown’s skill set is diverse and his appeal all-embracing. He truly deserved his recent Mojo Lifetime Achievement award (as well as his MBE) and this box set shows exactly why Joe Brown has survived and prospered across the decades.