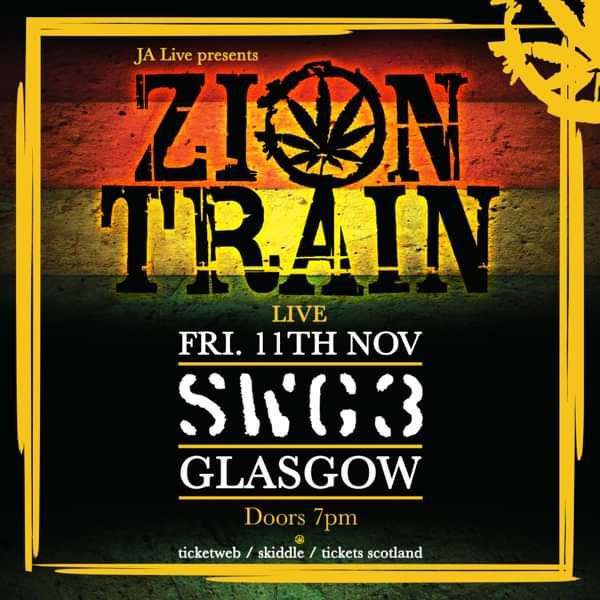 We are delighted to announce the return of ZION TRAIN for their first live band show in Glasgow in over a decade. Support acts to be announced soon. On sale Thurs 16th June 10am

Zion Train are Dub/Dance pioneers and have been undisputed leaders in the genre for the past 3 decades. The band were heavily involved in alternative and DIY underground culture in the UK during the 1990s as well as being purveyors of the finest Roots Reggae music throughout this period. They are one of the finest live dub acts on the planet and promoted the practice of dynamic onstage dub mixing which they perform alongside acoustic instruments and the best vocalists