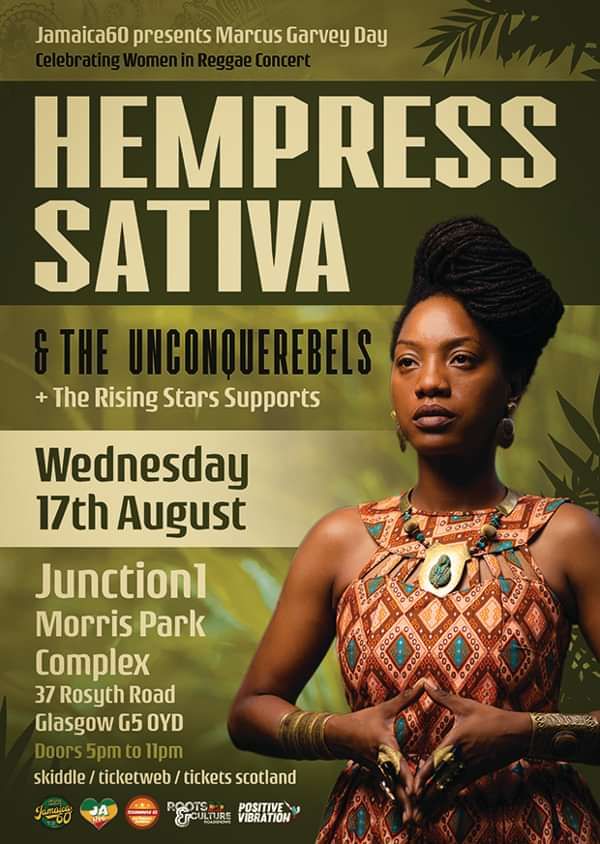 A multi-faceted and raw talent, Hempress aka The Lyrical Machine blends reggae with variants of hip hop, afrobeats and R&B.

Rising to prominence in 2013 as part of the Jah Ova Evil Movement (which also included the likes of Chronixx and Infinite), Hempress has gone on to release a string of critically acclaimed singles, Eps and albums, including ‘Unconquerebel’ which reached No.1 in the Global Reggae Charts; ‘Scientist Meets Hempress Sativa in Dub’ – a collaboration with dub legend, Scientist; ‘Rock It Ina Dance’, ‘Boom Shakalak’ and the international smash hit, ‘Boom – Wah Da Da Deng’ with Paolo Baldini Dubfiles. Her most recent work includes ‘Wicked and Riled’ with world-renowned U.S reggae band, Tribal Seeds.

Backed by her band, The Unconquerebels, this promises to be a very special night, not to be missed.

show is in association with Positive Vibration