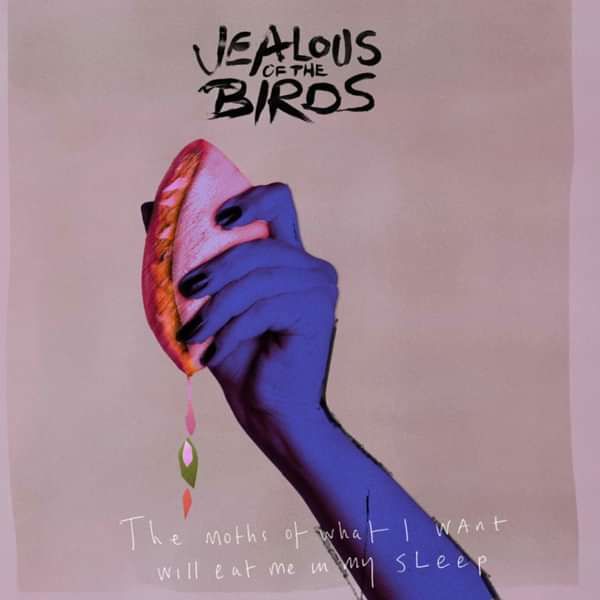 Naomi Hamilton, aka Jealous of the Birds, has been making waves in the indie music scene since her debut EP Capricorn, which she recorded while studying English and Creative Writing at Queen’s University, Belfast. Then, following the 2016 release of her debut album proper, Parma Violets, came a serendipitous SXSW performance that same year that would ultimately lead to her signing with Canvasback (alt-J, The War on Drugs) and subsequently Hand in Hive (Swimming Tapes, Dama Scout, Wyldest, Saltwater Sun).

Of the EPs lead single, Hamilton explains, “'Plastic Skeletons' was written once I got back from SXSW in 2016. That was my first trip to America and I brought a journal and wrote a bunch of stuff in it. When I got home, I went through it and wrote that song in full. It’s a collection of little words and images that I picked up.”

Additionally, The Moths Of What I Want Will Eat Me In My Sleep contains four updated songs from Parma Violets mixed by Ben Baptie (Young Fathers, Daughter, Lianne La Havas, London Grammar).

The Moths Of What I Want Will Eat Me In My Sleep is available from Friday 13th July via Hand In Hive (UK + EU) / Canvasback (ROW).

By signing up you agree to receive news and offers from Hand In Hive. You can unsubscribe at any time. For more details see the privacy policy.