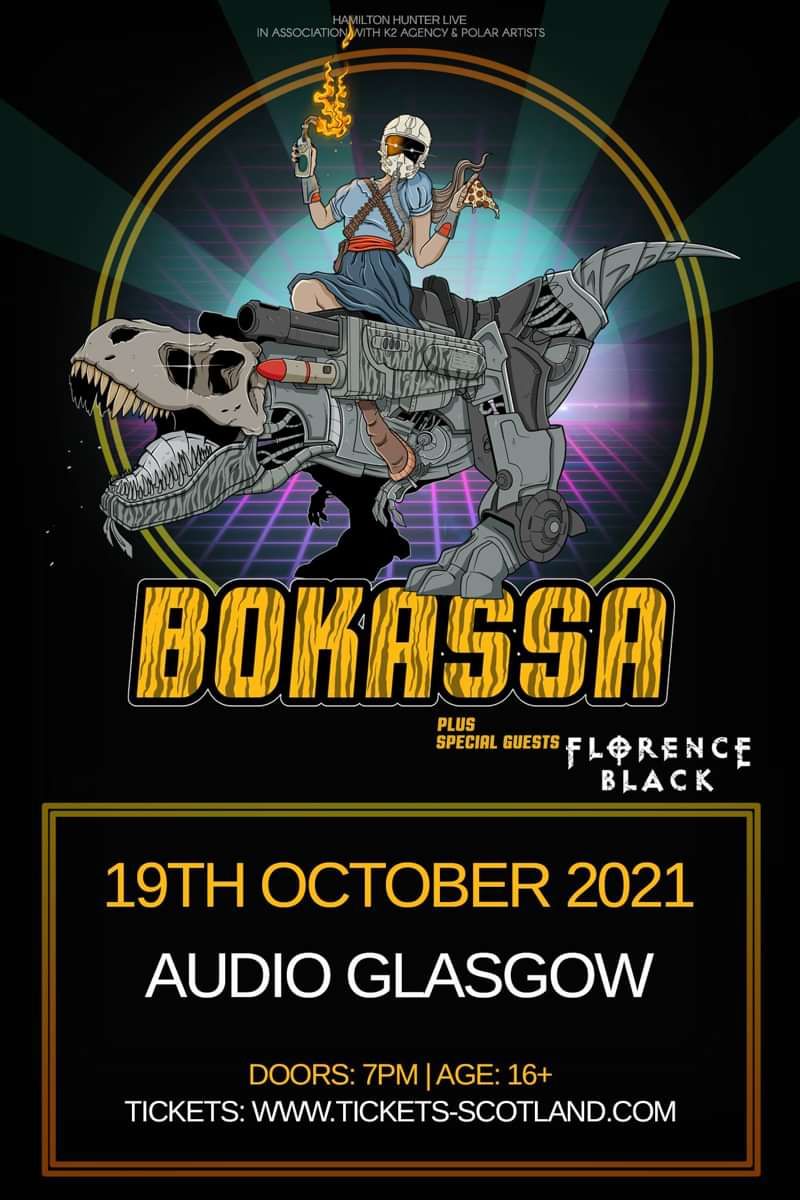 Norwegian power trio Bokassa fuse riffs and groove from stoner metal with catchy punk rock into their self proclaimed gritty stoner punk. Bokassa has played some of Norway's biggest festivals (Øya, Stavern, Pstereo, Malakoff etc.) and toured all over Europe and Norway. In 2019 they were handpicked by Lars Ulrich to support Metallica alongside Ghost on their summer stadium tour all over Europe, UK and Russia. The legendary drummer hailed them as "his favourite new band" and described them as "Insanely fucking cool" after hearing the trios first album Divide & Conquer.

Their ferocious debut album was also hailed by critics all over the world and made it on to several of 2017s «Best of» lists. Metal Hammer UK called the album one of the best debuts of 2017 and included it in their Top 100 albums of the same year. Their sophomore album Crimson Riders was released in 2019 to critically acclaim from respected magazines such as Kerrang, Metal Hammer UK, Slam Magazine and Distorted Sound, to name a few. In addition to two full lengths, the rocking trio has also released several EPs, including 2020s digital EP «Live At The BBC» from their BBC Radio 1 live session at the legendary Maida Vale studio in London.

In the words of Kerrang´s Sam Law: "It’s not southern-fried licks or black-eyed breakdowns that set this lot apart. It’s a zero-bullshit mindset that sees everything inauthentic, non-essential and not nailed down cast to the wind. True grit, see, is tough to fake». In 2020 the band was nominated for a Norwegian Grammy as «Breakthrough of the year» and in December the band announced they’d signed a worldwide deal with renowned rock & metal label Napalm Records for a future third album!

By signing up you agree to receive news and offers from Hamilton Hunter Live. You can unsubscribe at any time. For more details see the privacy policy.