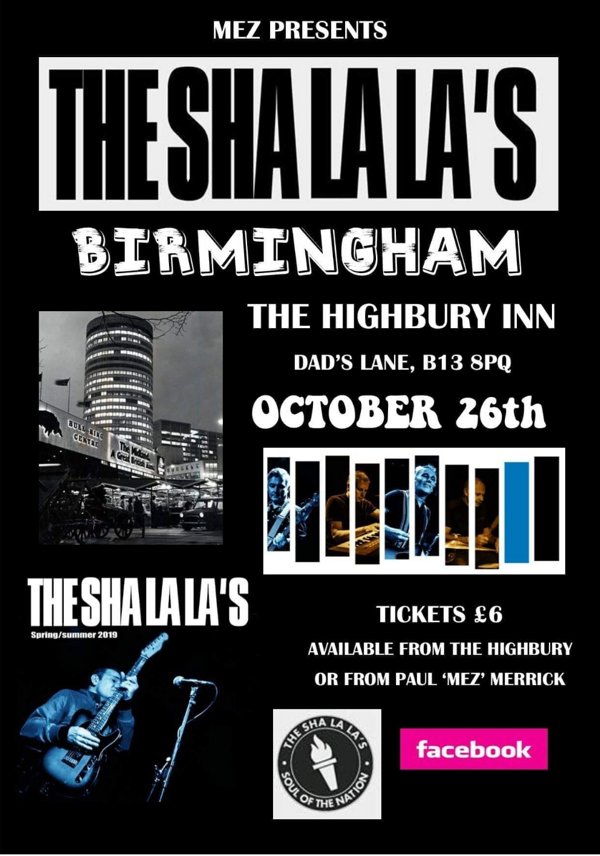 With Swirling Hammond Organ and Vocals delivered with real purpose, The Sha La La’s are a London based Four piece Steeped in Mod and Soul Roots. Signed to Detour Records their 60s R&B influences are apparent but make no mistake, their sound is definitely their own and definitely NOW. Founded by Darron Robinson (Vocals, Guitar) and John “Pax” Piccirillo (Drums) and with the line up completed by John Lee (Hammond Organ, Wurlitzer Piano) and Vere Osborne (Bass) they released their debut album, Feelin’ Real on Detour Records in 2013, With the blisteringly anthemic Soul Of The Nation 7” single released the following year and the Your Blind Soul EP in 2015. The summer of 2017 finds them as inspired and as Soulful as ever with the latest LP, (Gotta Find) A Better Way set to become another modern classic . The Sha la la’s…… somewhere between Detroit and Canvey Island……..