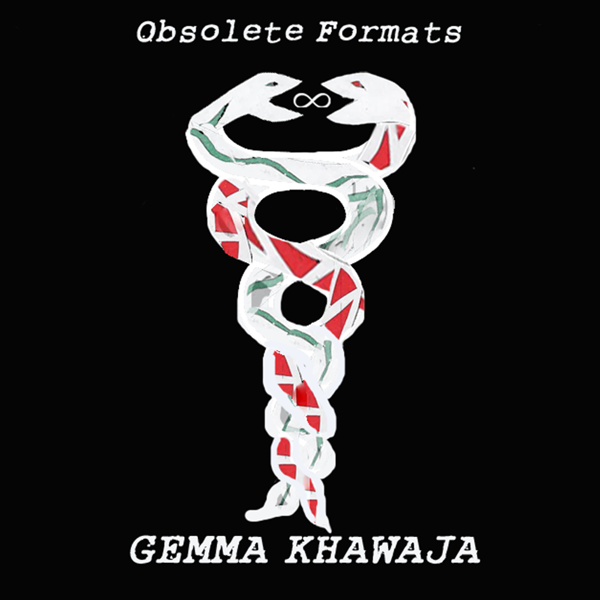 Obsolete Formats began as a short project to create a limited edition cassette tape release. This is a digital download in the format of two sides of a 90 min tape. Please get in touch directly with the artist to buy a physical copy or visit discogs website.

"The project is a collection of informal recordings mixed with soundscapes from my day to day life, presented here as two cassette sides 'Of Sorrow' and 'Of Joy'.

Several recordings were taken at informal singaround settings and aim to capture some of the contexts in which I've shared songs over the year (2013/14)".

Bonus track recorded at The Star Folk Club, Glasgow and learned from the singing of Nic Jones.

All tracks recorded and edited by: Gemma Khawaja

Of Sorrow tracks 'A Sailor's Life' and 'Ma Bonny Lad' also use additional recordings made by: Nidge Ince

Cassette liner notes: Obsolete formats began as a short recording project for me to explore creating a collection of informal recordings mixed with soundscape snatches from my day to day life. A year or so ago I got interested in the work of oral historian George Ewart Evans. His books are penned from the many field recordings he made of conversations, mainly with the inhabitants of Blaxhall village, Suffolk in the 1940’s and 1950’s. The conversations capture a way of life that is almost obsolete but is recalled in and lives on through folk song, rural poetry, story traditions and superstitions of the British isles. His work preserves a particular point in time and it set me thinking of the wider contexts of places I have found myself singing in over the last year and conversations I have had with and heard between older generations of pub goers. Between the songs on this album are sound clips which range from snatches of conversation (some heard at pub singaround sessions) to sounds from nature, or just sounds that I like. Obsolete Formats begins with the sound of a C pitch tuning fork and a conversation in a pub about a violin being passed from father to son. In the conversation I say I never had any musical people in my own family but apparently my maternal grandfather was a self taught pianist and used to tune pianos. I nver knew him as he died when my mum was a child. I recently acquired his tuning fork and was struck by how a person’s possessions endure long after they are gone. It is strange to be able to make the exact sound with the tuning fork that my maternal grandfather would have heard up until his death in the late 1950’s. When I sing traditional songs I feel a deep connection to history. The melodies and stories of the songs feel alive although they are from historical and social contexts which I have little connection to and they recall ways of life which are gone or of little relevance today, but I find the sentiment of the songs deeply stirring and evocative to sing as they touch upon universal themes prevalent and important to me today. Folk music historically has never shied away from relaying both the darker and the more tender aspects of human nature and both are expressed across many of the songs gathered here. I am drawn by the transformative potency of the songs of this genre which feel increasingly relevant to me today as we enter the centenary of WWI and move forwards in an ever changing landscape and rapidly evolving, technologically advanced society. Gemma Khawaja June 2014

*“Pre 1900 if you wanted to hear a song sung- you had to be in the presence of the singer as there was no recorded sound. The transmission of songs and the community define the folk song. Folk song is unofficial; It’s face to face, local and non commercial. It is not the song itself (the origin) that makes it ‘folk’ it is the context whereby it is performed, learned & passed on” * Steve Roud

This whole album was recorded using a single HD recorder and no other recording devices except use of a loop station pedal on ‘The Murdered Brother’. Edited using Reaper audio software www.reaper.fm Harmonies were added by playing back original recordings and singing over them whilst recording again. No chorus or echo effects were applied during editing; the effects are all created by cutting & layering recordings (and recordings of recordings).

Of Joy 1. Willy of the Winsbury: (Trad) Recorded at Norwich folk Club singaround session Song Sources: Anne Briggs and John Renbourn. 2. Dark eyed sailor: (Trad) Recorded at Tuesday singaround in Cecil Sharp House Bar. Song Source: Walter Pardon 3. If I had a store: Original melody by Gemma Khawaja, Lyrics inspired by a shepherd's proverb 'If I had a store, by sheep and fold i'd give you gold, but since i'm poor, by crook and bell I wish you well'. Lyrics also taken from the poetry of John Clare. 4. Lovely Joan: (Trad) Recorded at The Gatehouse PH singaround session. Song Sources: Vaughan Williams and Shirley Collins 5. The pretty ploughing boy: (Trad) Learned from the singing of Harry Cox. 6. Ploughman lads: (Trad) Lyrics drawn from two sources, Ploughman Lad's trad song and an old song I saw in a broadside by John Wilson called The Ploughman Lad's For Me. Song Sources: Nic Jones and Alasdair Roberts