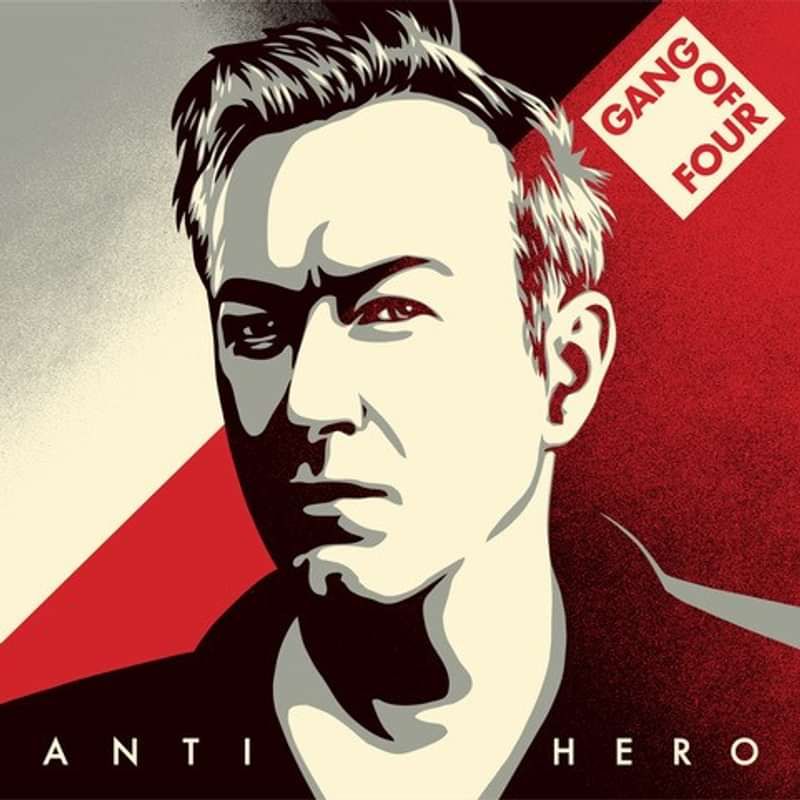 Gang of Four announces its participation in LoveRecordStores Day 2020 with a limited edition 12 inch coloured vinyl release of the latest EP releases, ANTI HERO (A-side) and This Heaven Gives Me Migraine (B-side).

All proceeds from sales will go to Guy’s and St Thomas NHS Foundation Trust, supporting the hospital that cared for Gang of Four founder Andy Gill before his death on February 1st, 2020.

The four track ANTI HERO EP is released digitally on the July 17th, 2020 and is preceded by two single releases. Forever Starts Now is a brand new Gang of Four song that was co-written by Andy Gill and lead singer John Sterry and produced by the band’s bass player Thomas McNeice. It was released on May 29th and had the fastest start to date of any Gang of Four single at streaming services and generated significant PR interest. Day Turns To Night is the second single released on June 26th, 2020, and was written and performed by John Sterry, styled as JJ Sterry, after Andy’s death.

The five track This Heaven Gives Me Migraine EP was released digitally on February 26th, 2020 and includes a new version of Gang of Four’s song The Dying Rays, with vocals by John Sterry.

The rest of the musical tracks on the vinyl are recent re-recordings of other Gang of Four songs, with Andy wanting to re-create those songs more as they were being performed live. The two spoken word pieces reflect Andy’s sense of humour.

The front sleeve ANTI HERO artwork was created by famous American street artist Shepard Fairey, creator of the iconic Obama “Hope” image and this vinyl release is the first time it will have been made available in a physical form. The back of the sleeve features the This Heaven Gives Me Migraine artwork.

This Heaven Gives Me Migraine EP

By signing up you agree to receive news and offers from Gang of Four. You can unsubscribe at any time. For more details see the privacy policy.

By signing up you agree to receive news and offers from Gang of Four. You can unsubscribe at any time. For more details see the privacy policy.