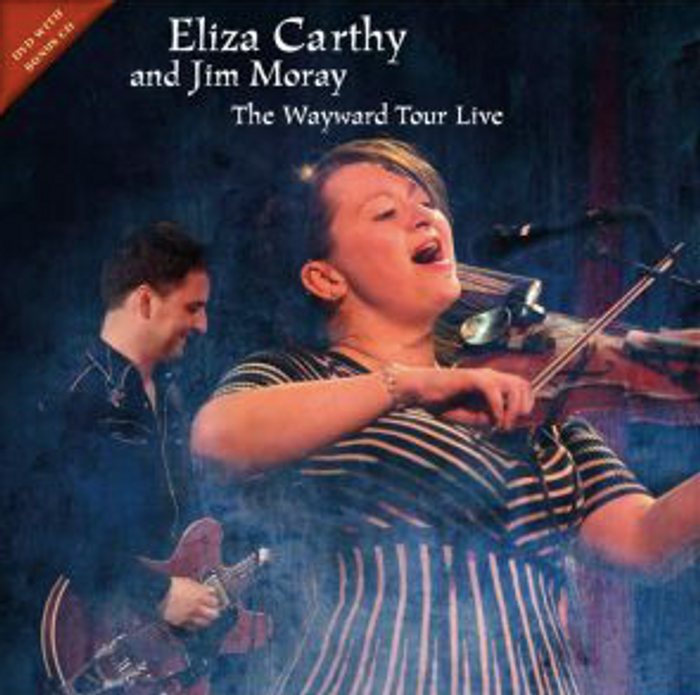 Eliza Carthy has received Mercury Prize nominations, BBC Radio 2 folk awards and innumerable other accolades over a career during which she has performed and recorded with a diverse array of artists from Paul Weller to The Wainwrights and Nick Cave to Joan Baez.   A truly inventive and innovative singer-songwriter and fiddle-player, Eliza is one of the most impressive and engaging performers of her generation.  Yorkshire-born and now Edinburgh-based, Eliza grew up immersed in the world of traditional music.  She divides her time between touring and recording with her legendary parents, Martin Carthy and Norma Waterson and numerous pioneering solo and band projects.  (‘Gift’, recorded with her mother, won the Best Album at the BBC Radio 2 Folk Awards in 2011.) Describing herself simply as a ‘modern British musician’, she has helped revitalise folk music making it relevant to new audiences, capturing the most hardened of dissenters with intelligent, charismatic and boundary-crossing performances.  She continues to be a regular guest on the BBC Radio 2 Mark Radcliffe Show and ‘Later with Jools’. After a series of ground-breaking and award-winning albums, Jim Moray has been hailed as a pivotal influence by a new generation of folk musicians.

Moray started off his career recording his first album ‘Sweet England’ while still studying classical composition at Birmingham Conservatoire and emerged onto the UK folk scene in 2003.  His re-imagining of English traditional music blended with orchestral flourishes, guitars and electronics earned him the unprecedented combination of ‘Best Newcomer’ and ‘Best Album’ at the 2004 BBC Radio 2 Folk Awards.  More recently Jim has been nominated for Best Album, Best Trad Track and Folk Singer Of The Year in the BBC Radio 2 Folk Awards. In 2013 they joined forces for one tour. Eliza had been touring for twenty one years and it was be ten years since Jim put out his first album.  To mark these joint achievements, they shared a ten-piece folk super-group of some of this nation’s most talented instrumentalists and playing a set each featuring material from across their extraordinary careers.