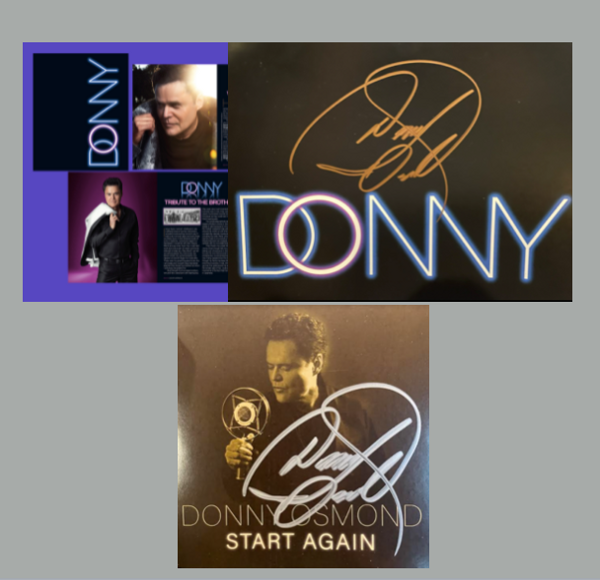 Both signed items at a discounted price! 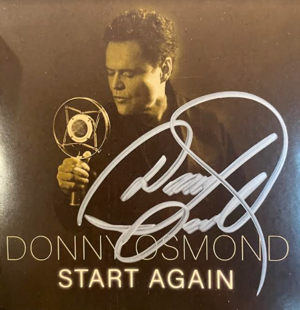 SIIn an unprecedented and history-making deal for Harrah’s, Donny will headline his first ever solo residency at Harrah’s Las Vegas launching in 2021. Prior in Las Vegas, over eleven years, Donny performed at the Flamingo Las Vegas with his sister and Marie in a residency that received many accolades such “Best Show,” “Best Singer,” “Best Band,” and “Best Dancers” throughout the years according to the Las Vegas Review Journal. 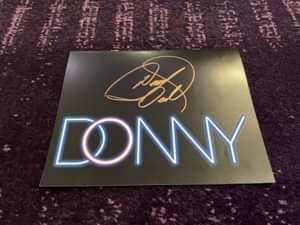 Program - 8x10 inches in size, 28 pages. There is a section dealing with Donny history that carries many unseen shots from his personal archive. Also an intro from Donny, plus his thoughts on six decades in show business. The cover is black matte laminate with a special glowing neon finish.

By signing up you agree to receive news and offers from Donny. You can unsubscribe at any time. For more details see the privacy policy.