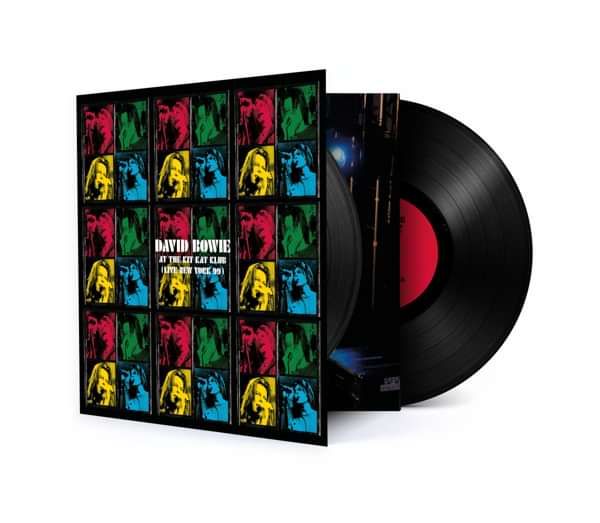 Parlophone Records is proud to announce THE KIT KAT KLUB (LIVE NEW YORK 99), the sixth and final installment of DAVID BOWIE 'BRILLIANT LIVE ADVENTURES', a series of 1990s era Bowie live albums released as limited one run only vinyl and CD pressings. The albums and limited edition boxes to house the full vinyl or CD collections will be available only via the David Bowie official store and Warner Music Group’s Dig! store.

Out 2nd April on CD and double vinyl, THE KIT KAT KLUB (LIVE NEW YORK 99) is a 12-track live album, recorded on 19th November 1999 in front of an invite-only audience of fans and contest winners.

The show was recorded and filmed for webcast the following month via Liveonline.net. The audio from the show was previously available exclusively as a very rare 12-track promotional CD.

The photos used on the inner gatefold of the CD and LP are by Alison Hale a fan who travelled the world to see multiple Bowie shows before she sadly passed away in 2012.

Side 1 Life On Mars?

Something In The Air

Can't Help Thinking About Me

Always Crashing In The Same Car

The Pretty Things Are Going To Hell