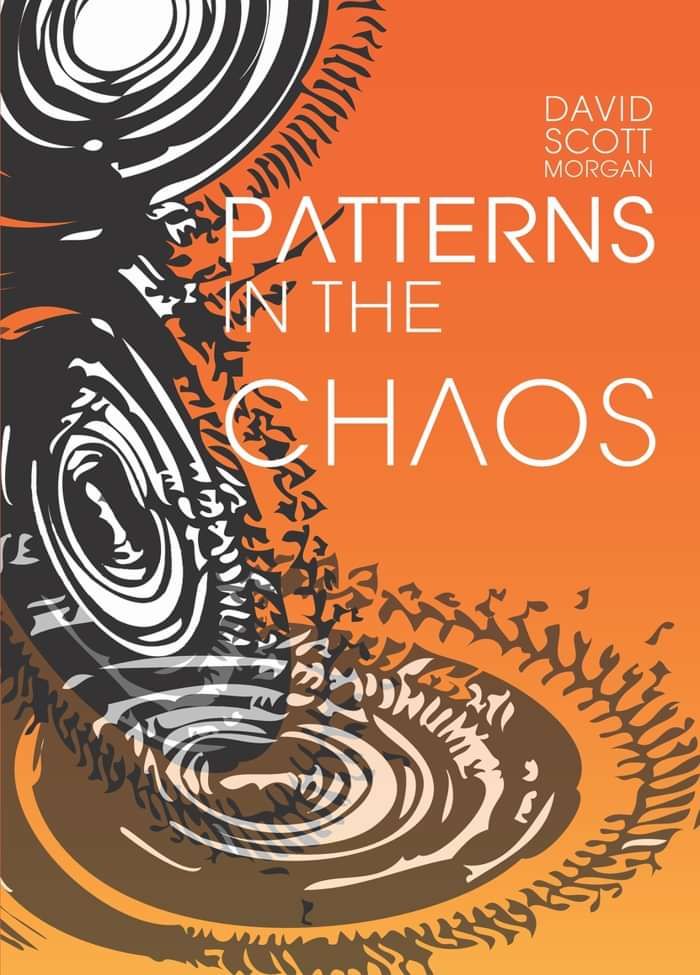 Patterns in the Chaos Autobiography

Why write a book? Well, many people have expressed to me a curiosity about how I came to be involved in rock n roll groups - and then to become a Christian and run a church even. Yes, it's an odd story, and I hope one that will be interesting to those plucky enough to make the journey... But I have to admit I have done it for myself. Yes, I needed to see this stuff written down in black and white; to read about it and pinch myself at some of the things that have happened. I had to ask ‘Was that really me?’ You see I feel a bit like Pip in 'Great Expectations': I finally discovered the identity of my great benefactor and it wasn’t a well-meaning old lady like Mrs Havisham. No not at all. And unlike the Charles Dickens story, it wasn’t to be kept secret either. I have been so blessed - to have a wonderful mom, to be part of a famous rock n roll band, to fly aeroplanes, to be happy in marriage, to run a church. Yet for a long time, I thought the opposite, that I was more cursed than blessed! The fact is that once I began to see the truth, I could not un-see it! Like a pattern that emerges from the haphazardness of life, the hand of the Almighty began to draw a beautiful picture where once had been a mess of chaotic happenstance. It didn’t happen all at once. I discovered it bit by bit. Yes my benefactor was the Lord Jesus and He has helped me all along. He has always been helping me and so I write this just to say that there is No One Else worth writing about. When you find out who your benefactor is, you can't help it - you just want to shout about it. I first called this book of mine ‘Patterns of Chaos’ but then I discovered that a Colin Kapp had written a science fiction novel in 1972 using the same title. So now it is the title of one of my songs. 'No One Else’ is as accurate as my memory and scribbled diaries will permit and I must own up to having a lot of fun writing it. I have tried to be accurate about events and offer unconditional apologies if I have not been successful in that. I have also tried, wherever possible, to avoid revisiting some of the confrontational events where my recollection might be at variance with somebody else’s. For that reason, I have left out talking about some situations simply because I am unable to tell it like I saw it without being uncharitable about somebody. I wanted above all to speak about the wonderful people I have known. The world is full of good as well as bad. There is plenty to go around and the bad does not need me to give it breathing space in my tent. To put it in other words, if you want to read the dirt on people, get somebody else's book!

*All the photos are from my personal collection unless otherwise credited. *

No One Else Lyrics

I found out what it’s all about, I know it’s true Jesus Christ has paid every price for me and you When I’m all alone and I think about it I cry When I understand that love is the reason why

I thank you for what you’ve done, for sending your only Son when every hope had gone
He was the only one to ever come and make the difference.

I thank you for what you’ve done, for sending your only Son when every hope had gone
He was the only one to ever come and make the difference

No one else Copyright 2012, David Scott-Morgan

Patterns in the chaos ... containing many great anecdotes of life in the rock 'n' roll arena, from the ‘Brumbeat’ beginnings of the 60s to the world famous Electric Light Orchestra. Becoming a born again Christian, visiting Romania, flying aeroplanes are some of the other fascinating topics covered. 'Patterns' has over 70 original photographs.

A gentle evangelistic tool for those interested in a niche of Birmingham music and culture from 50's to 2000.