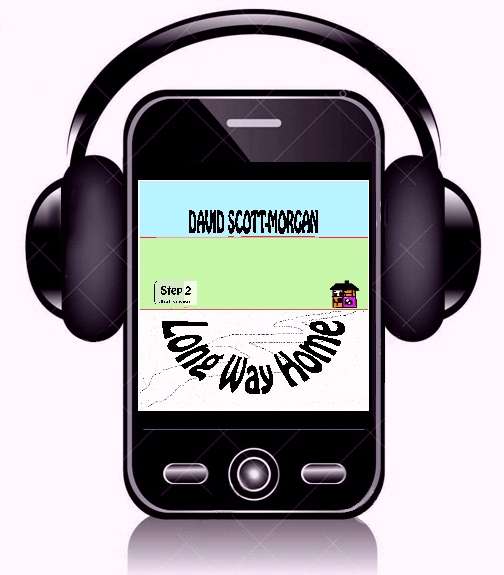 It was about time to do a new album. New songs were floating in the ether but they needed a lift... One arrived in the form of a generous friend, who made a gift to me of a digital recorder (thank you ***). So Long Way Home was birthed... I spent long hours closeted in the front room, slaving over a hot Roland sequencer; Mandy chipped in often with singing and tea while Mark Jago donated his guitar playing plus keyboards. We had a gig to do in Canada, and so the first cut - called Step One, was rush-released in March in time for that. Finally, here it is - the release of Long Way Home Step Two, with one completely new track, 'Job 23', plus a re-working of four other tracks, all featuring guitar-work by Tony Kelsey.