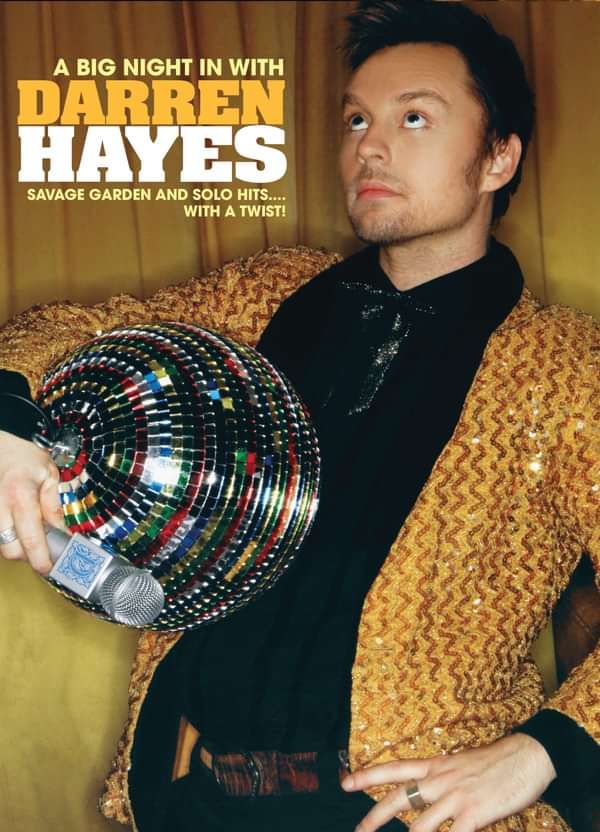 A Big Night in with Darren Hayes (DVD with Signed Card)

$29.99 Select from options below to add to basket 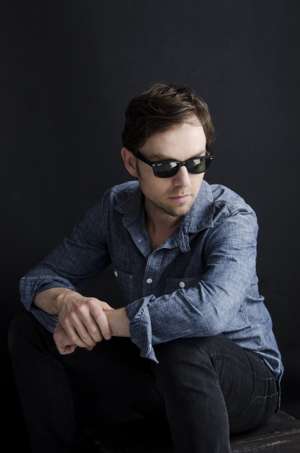 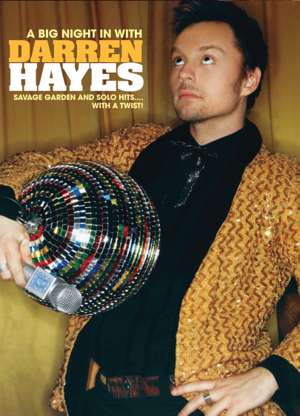 A Big Night in with Darren Hayes (DVD)

DVD: Affirmation / Chained to You / The Lover After Me / Creepin' Up on You / I Like the Way / Strange Relationship / Insatiable / About 3 Seconds Of I Miss You / The Savage Garden Karaoke Challenge (featuring Hold Me) / To The Moon And Back / I Knew I Loved You / Void / Darkness / Break Me Shake Me / Unlovable / Crash and Burn / Truly Madly Deeply / Pop!ular / I Want You/Tears of Pearls/Violet / So Beautiful

Bonus Live CD: Affirmation / The Lover After Me / Creepin' Up on You / I Like the Way / Strange Relationship / To The Moon And Back / I Knew I Loved You / Void

In 2006 Darren Hayes once again teamed up with live show designer and innovator Willie Williams (U2, R.E.M, David Bowie) to create a unique and wildly entertaining interactive live concert experience. Drawing on theatre, reality television and stand up comedy – it is a stage marriage that has to be seen to be believed. As John Aizlewood (London's Evening Standard) wrote about Willie's re-invention of Hayes...“There was more to dazzle the senses and clearly Hayes understood the notion of spectacle. Televisions cluttered the stage, while, with a craftsman's touch he debunked the mystique of a rock gig: the green room where the band intermittently rested was actually on stage, the roadies' work with the ever changing backdrops wasn't hidden and before the encore, Hayes' clothes change was silhouetted for all to see. Simple, but brilliant.” The 'Big Night In' tour played to a sold out audience of over 30 thousand in the UK before returning triumphantly home to Australia's Sydney Opera House in July of 2006. These two spectacular performances were captured for posterity in crystal clear digital high definition. Mixed in Dolby 5.1 digital surround sound, the live DVD presents Darren Hayes in a performance that has since been regarded as one of the finest moments of his decade long career. The Sun Herald proclaimed, “He not only displayed his flawless vocal skills, which were enough to prompt gasps from audience members, he revealed his profound insight about the nature of celebrity.” Featuring specially commissioned video installations, unparalleled audience interaction and a Hayes more comfortable and in command of his vocal prowess than ever, 'A Big Night In With Darren Hayes' is exactly what the title suggests. A pop show with all of the trimmings and perhaps an extra helping of irony. Subversive and utterly original. As NME wrote, “The man's a genius!”