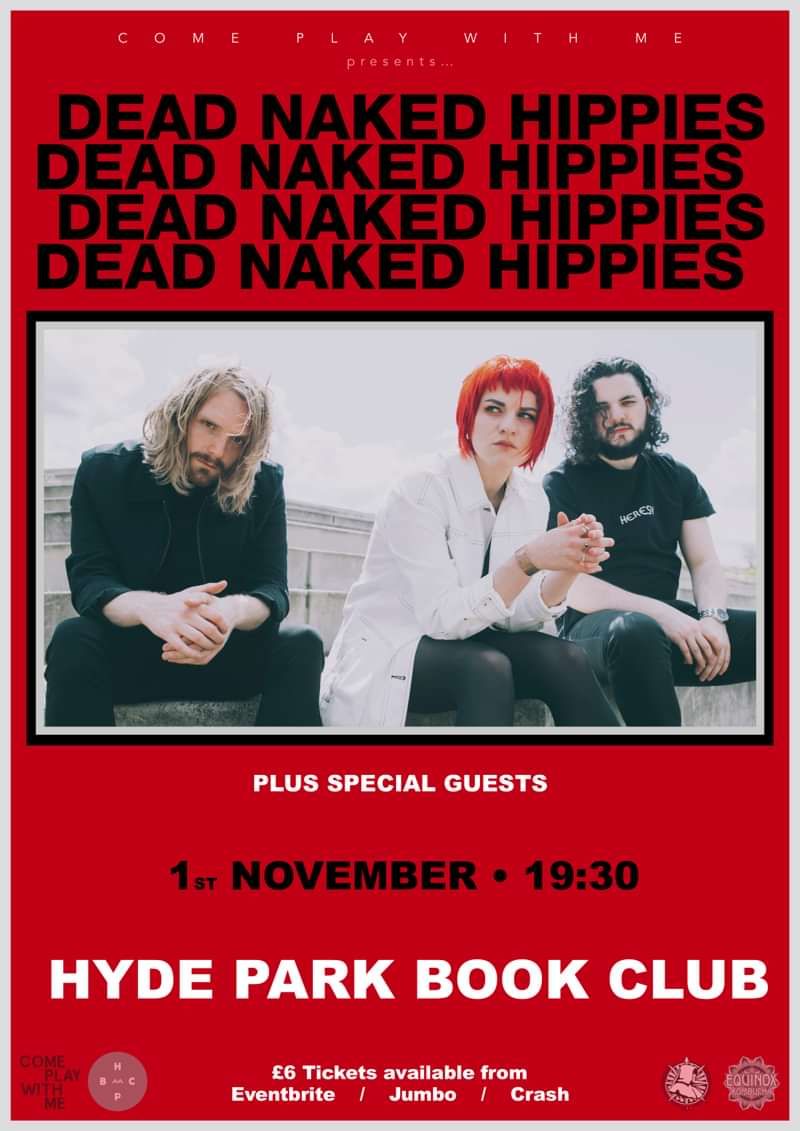 Come Play With Me presents...

Dead Naked Hippies are relentless, punchy alternative-rock outsiders. The trio fronted by force-of-nature front woman Lucy Jowett, will lull you in with subtlety before taking your head off with their wall of sound.

They are a force to be reckoned with live with huge guitars, booming drums and Jowett’s banshee like approach hitting hard, with freneticism and attitude to boot. Following a festival season which has seen them headline BBC Introducing stages, play packed out shows to rapturous Live at Leeds & Truck Festival crowds, and with upcoming performances at Beautiful Days Festival, Bingley Music Live and more, Dead Naked Hippies will release their exuberant new single ‘Eyes Wide’ on 20th September.

The Leeds band has had a whirlwind 18 months; with extensive touring up and down the UK, sharing stages with the likes of Dream Wife, IDLES, Queen Zee & DZ Deathrays as well as taking to stages at Leeds Festival, 2Q Festival, Twisterella Festival, Humber Street Sesh & Stockton Calling. They have received support from Steve Lamacq & Tom Robinson on BBC 6 Music, BBC Introducing, KCRW & Amazing Radio, as well as coverage from DIY, Clash, The Independent, Metro & DORK and features on E4 & BT Sport. They were awarded the first ever ‘Do it Differently’ fund by leading UK Music Charity Help Musicians UK in late 2018 and have previously worked alongside Leeds indie label Dance to the Radio (Forward Russia) & 7" singles club Come Play With Me. The band isn’t afraid to discuss confrontational topics, speaking about self-love, mental health & gender in an open and unapologetic way, both in their music and in conversation.

"These guys are coming at you with a wall of sound, all driving guitars and booming percussion, bolstered by enigmatic front-woman Lucy’s powerful vocals." Metro 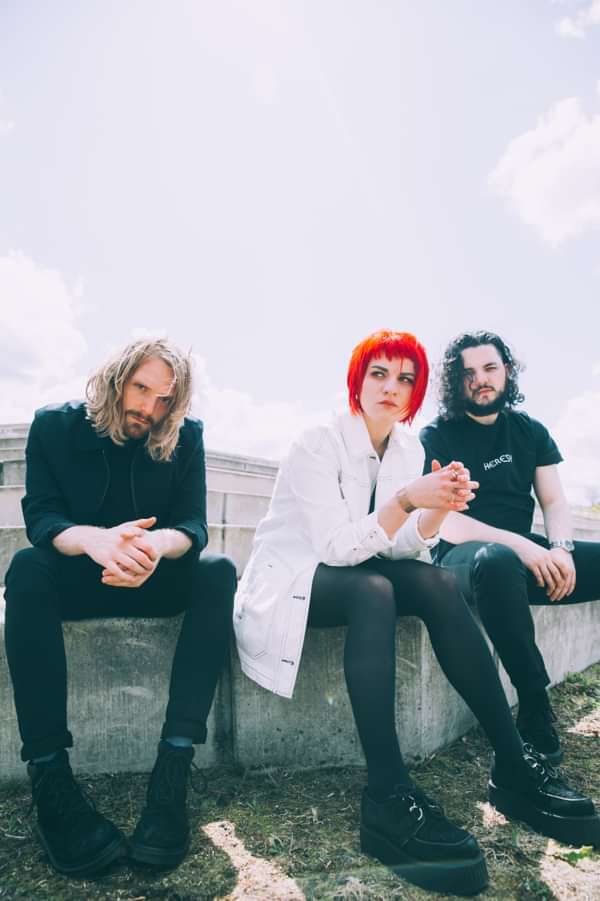 By signing up you agree to receive news and offers from Come Play With Me. You can unsubscribe at any time. For more details see the privacy policy.