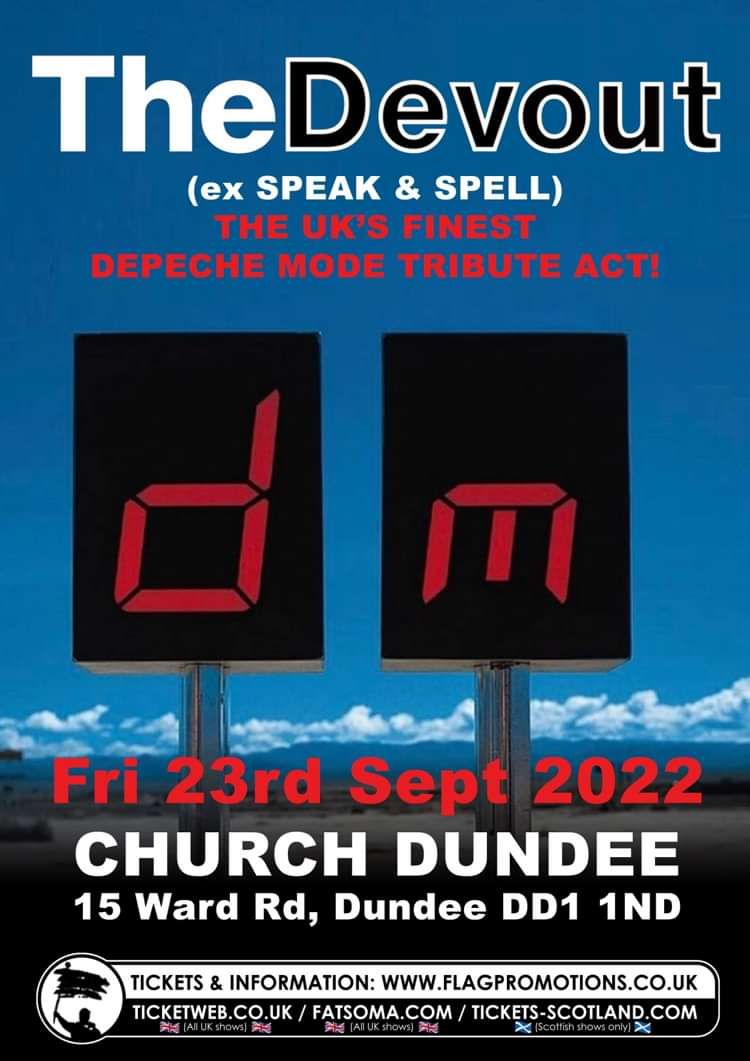 Fast becoming recognised as the UK's premiere Depeche Mode tribute band, they bring their high production event with full screens and projections and superbly produced sounds and musicians including former Killing Joke keyboard player Reza Udhin! The former incarnation of this band were SPEAK & SPELL, and now they have two new members including a superb new singer! Their sole focus is to bring a performance that is worthy enough to transport the audience back to a Depeche Mode show at their peak, at their most powerful! The seed they planted 10 years ago when they started the project is proof of their fanatical professionalism and proves beyond belief that they really are THE DEVOUT!