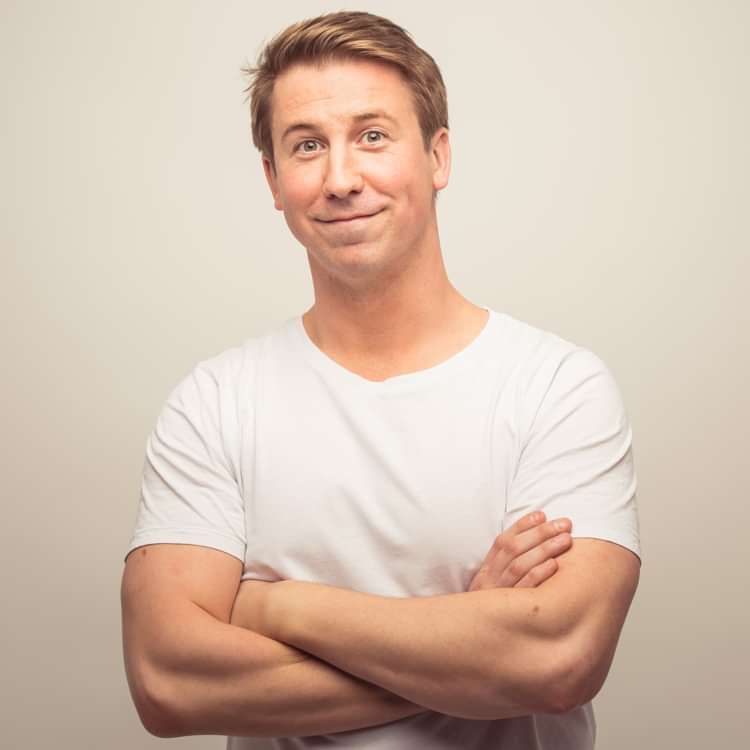 Dundee’s comedy fans are in for a treat next year when fast-rising Geordie star Carl Hutchinson brings his brand new show to Church Dundee on 29 June.

Known and loved as tour support to his Geordie comedy mate Chris Ramsey, who’s Covid delayed Whitehall Theatre show finally takes place in March next year, Carl’s relentless live work has led him to be named ‘One to watch’ by comedy website Chortle and ‘One of the hardest working comedians of 2018’. His previous two tour shows have been sell-out sensations.

Undeniably hilarious, brilliant characterisations and expert timing. Carl has reached the final of So You Think You’re Funny? and been nominated for the Leicester Mercury Comedian of the Year Award. Carl’s debut Edinburgh Fringe Festival solo show Acceptable? made the Top 10 shows of the Amused Moose Laughter Awards 2012.

In 2019 he played to an audience of 1100 at Newcastle Tyne Theatre, selling out the venue 3 months in advance as part of his sold out tour I Know I Shouldn’t Behave Like This…

Over the past two years, Carl has appeared on Stand Up Central and The Chris Ramsey Show (Comedy Central). He also supported Chris Ramsey on his tours The Most Dangerous Man on Saturday Morning Television and most recently, Chris Ramsey Live 20/20.