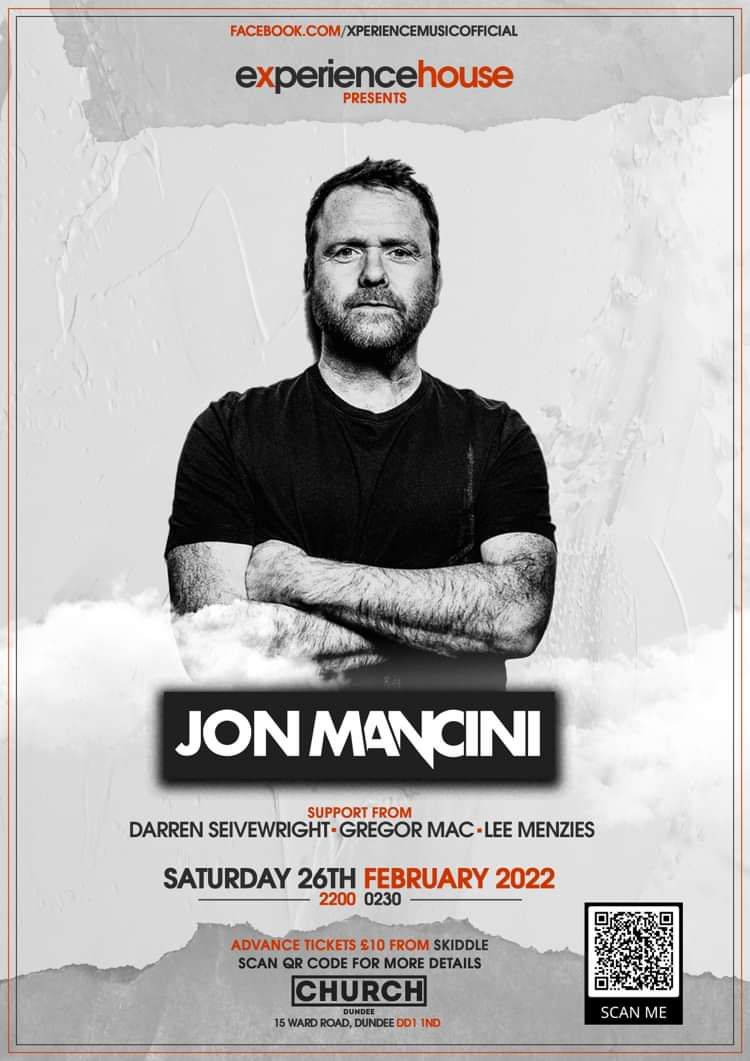 For our first event of 2022, we're delighted to welcome a DJ that really needs no introduction - Jon Mancini.

When it comes to house music in Scotland, there is no other DJ that holds the legend status more than Jon.Having been an integral part of the way the dance music scene is today in Scotland, it was clear right from the beginning that the future was always going to bright for Jon Mancini.He started DJing in 1988 just as rave culture was starting to blossom and a year later he became resident DJ for the legendary night called STREETrave (which then went on to become Colours).From memorable parties in venues such as Ayr Pavilion and Prestwick Airport, Jon Mancini is a name that’s synonymous with raving memories from days gone by.

Jon hosted the Colours Mix radio show on Radio Clyde for 4 years and featured on various occasions on Pete Tong's Essential Selection, Radio 1’s Essential Mix, Danny Ramplings LGDP and Seb Fontaine’s Radio 1 show with a few guest mixes. Over the years he’s shared line ups with some of the world’s top acts such as Sasha, Carl Cox, 2manydjs and John Digweed to name a few.

Jon is joined on the night by three of our excellent residents: Lee Menzies, Darren Seivewright and Gregor Mac. Head over to our Facebook page to check out some of their recent mixes - https://www.facebook.com/XperienceMusicOfficial