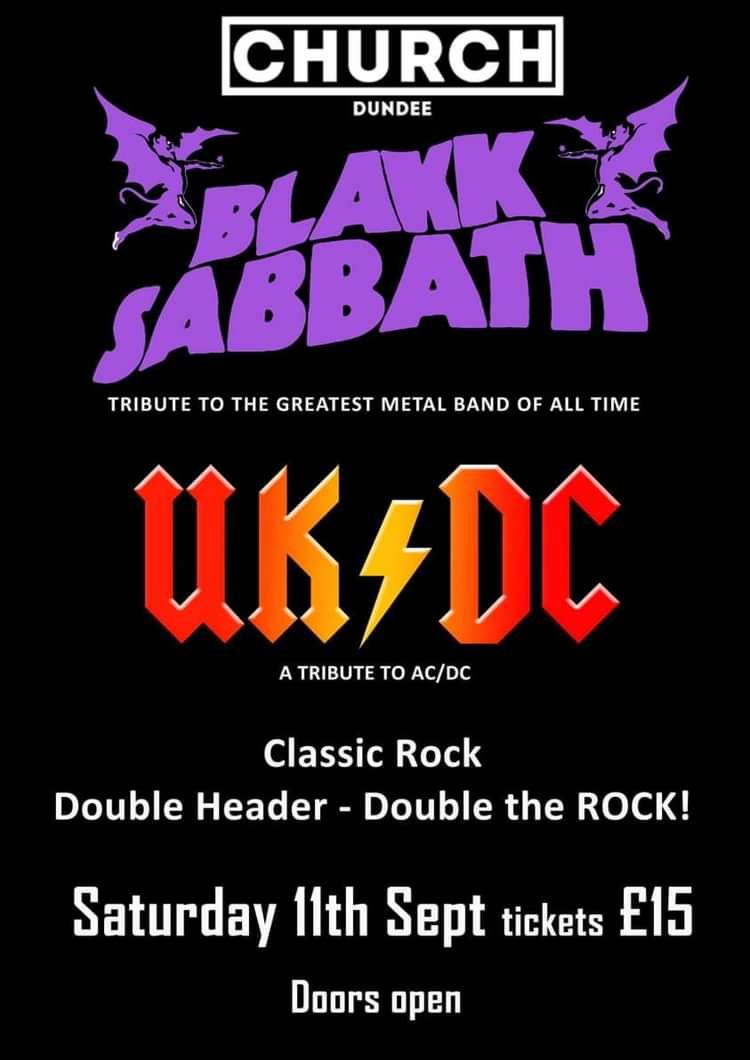 Blakk Sabbath - The Return 2nd gig in Dundee following their debut in 2019. Blakk Sabbath are four highly experienced and skilled musicians from Newcastle. Putting a Black Sabbath tribute band together was a life long passion for drummer Mick Simpson. Along with original member Rik Lambert on vocals, they are joined by Adam James on Guitar and Ben Cleaver on Bass. Together as Blakk Sabbath they have taken the North East pub rock scene by storm. Since their first gig in April 2018, live music pubs and punters have been clamouring for their highly authentic and powerful Ozzy Era tribute to Black Sabbath. The lads look like them, play the same instruments and sound uncannily like them. There are other Sabbath tributes around but these lads take it to another level altogether, their use of props, lights, smoke, pyros and atmospherics, place their live shows in a league of their own. The mighty BLAKK SABBATH are Reborn in 2021with stunning new show! Returning with fellow rockers UK/DC, this gig will blow your socks off!