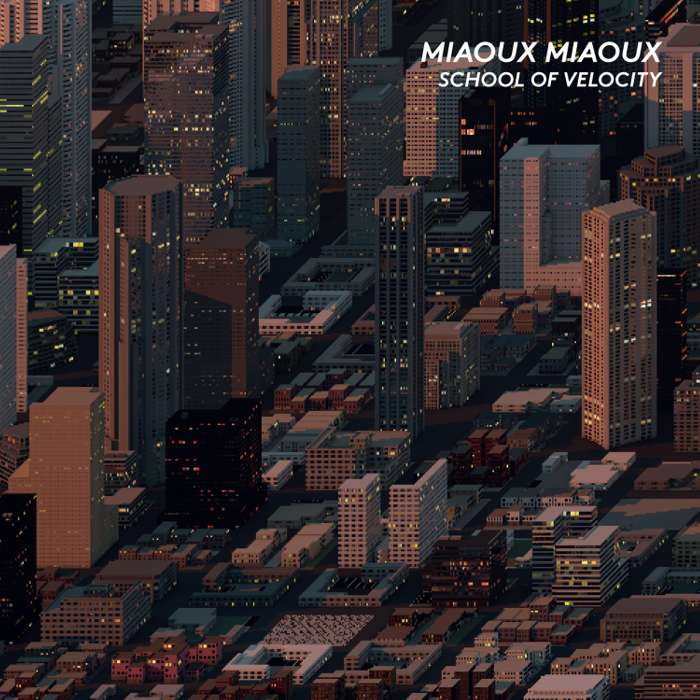 Almost three years since the the high-gloss, hook-laden electronic pop of Light of the North, Miaoux Miaoux returns with School of Velocity. The album picks up the baton from its predecessor and, as the title suggests, sprints through time and hyperspace at a pace that is little short of breathtaking.

The album finds Glasgow-based multi-instrumentalist, producer and singer Julian Corrie at the peak of his enviable powers, corralling influences from eighties pop, nineties trance and the subtle, assured melodicism of Caribou to forge a sound with few parallels. This is forward-thinking pop in its purest form: a rush, a hit, a kiss.

The song titles hint at the textural delights that lie within - ‘Peaks Beyond Peaks’, ‘Luxury Discovery’, ‘Unbeatable Slow Machine’ - and from the first bars of the opening ‘Launch Loop’, the listener is left in no doubt that this is the work of a man enthralled and enslaved by pop and its possibilities.

The outcome? A beguiling series of silken soundscapes that simultaneously conjures a meta-nostalgic memory of classic pop workouts - think early Prince, Scritti Politti, Jam & Lewis - and a future where analogue synths and four-to-the-floor have earned their rightful, overdue places alongside the electric guitar as elemental building blocks of pop culture. Euphoria, ecstasy, rapture - call it what you want.