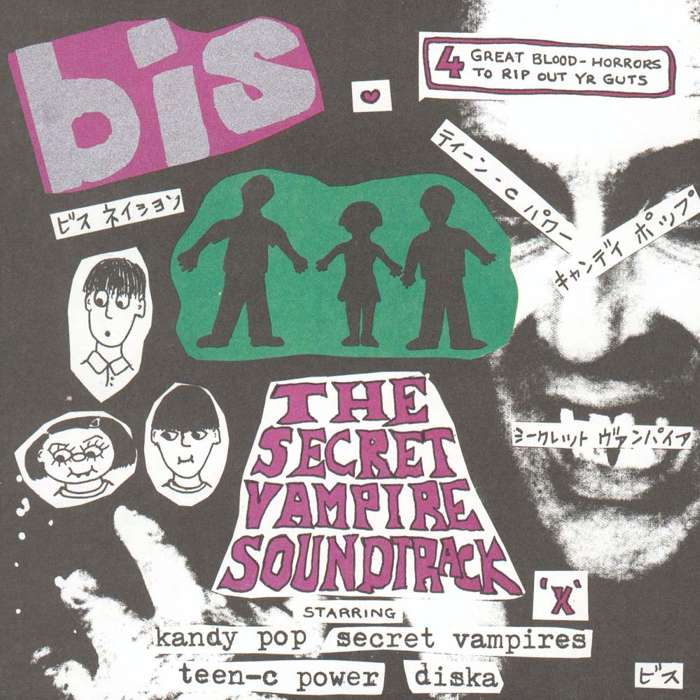 The only release by Chemikal Underground that could lay claim to the term 'phenomenon'. More than 10 years after its initial release, it's hard to do justice to the reverberations this single sent throughout the UK music industry. A full blown, major label bun-fight ensued after bis appeared as 'The First Unsigned Band' on Top Of The Pops at producer Ric Blaxhill's request.

Chemikal Underground had already pushed the boat out on this one by manufacturing 1000 7" vinyl and 2000 CD singles (with silver lettering no less). Our first ever CD release, it was the first (and only) time that we ever got a phone call telling us that we hadn't manufactured enough - that we would, in fact, need to manufacture another 30,000 in order to meet demand. The fact that we were still running the label out of a tenement kitchen and didn't have two brass farthings to rub together was considered wholly inconsequential.

After changing our underwear, we promptly borrowed the money and manufactured the CDs, telling the high street retailers that they would not get any for free and would have to buy every CD that they wanted to sell. The single went in at #26 in the charts, every music paper and magazine in the country were clamouring for bis to be on their cover and major label A&R people ran around the country like cats with their tails on fire trying to sign the young trio.

The single's success would help to stabilise Chemikal Underground's finances and bring the label's name to the attention of a music media that had, up until then, been largely apathetic to our very existence.

Pointless piece of trivia: The EP was recorded in what was to become Chem19 Studios in the midst of a record-breaking cold-snap: the studio had no central heating and was, quite simply, as cold as a witch's tit. If the songs seem quite fast to you it's no doubt due to the band trying to keep warm...