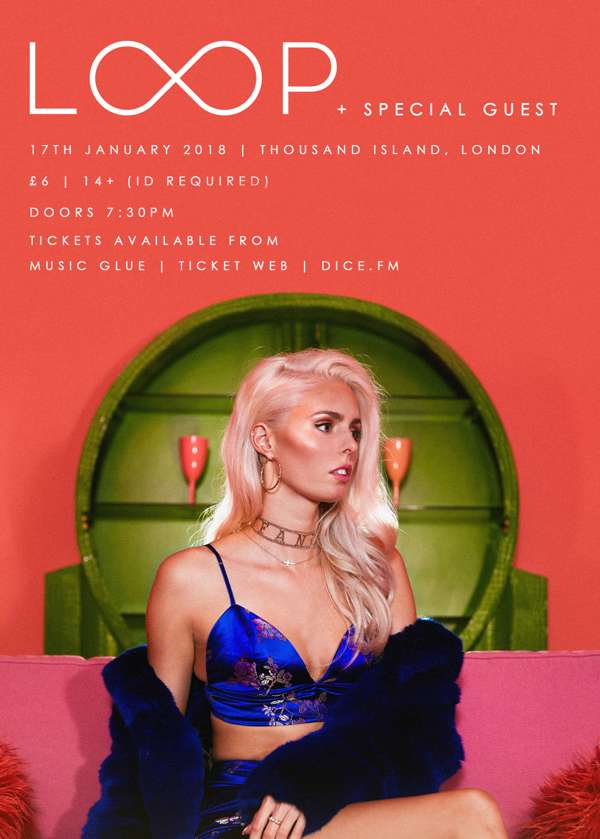 Described by The Times as producing “Appropriately frazzled electronic-pop from the fast rising starlet", London-based newcomer LOOP has had a busy year releasing her debut EP and supporting Jonas Blue on his headline EU tour. Having amassed over 2 million streams on Spotify alone, LOOP has gained support from Elton John (who hand-picked As If for his BEATS1 show), BBC 1XTRA, BBC Introducing London and BBC Radio 1 (with Clara Amfo drawing comparisons to Jessie Ware and BANKS). LOOP is currently in the studio working on new material and is set to play her much anticipated debut London headline date at Thousand Island in January 2018.