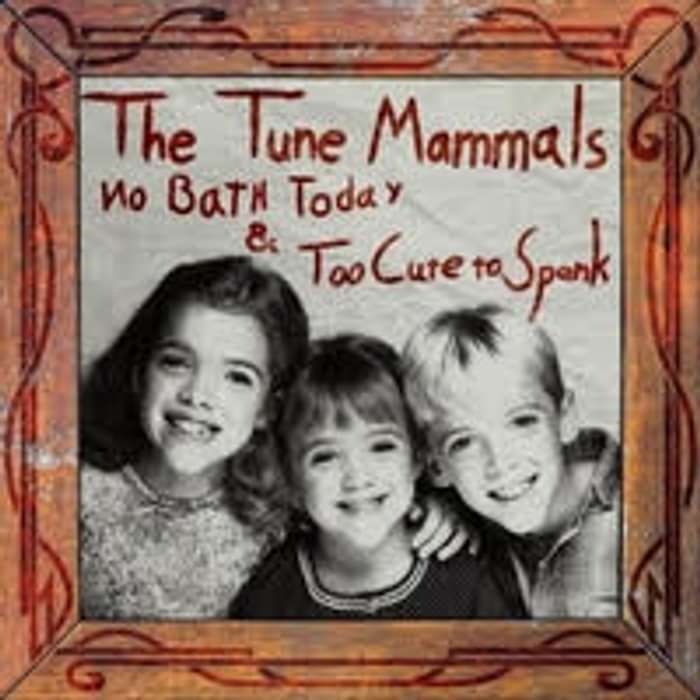 Double disc: Too Cute to Spank and No Bath Today

The Tune Mammals — the singing Stevens family — had its origins around 1983 when Bill was in nursery school and he and we decided to write a song for his class. That song was “The Worst Little Boy in China” on a Mother Goose poem. So we began politically incorrect and stayed that way. Soon the band consisted of the Bills, mom Carolyn and Katie, then Becca in a basket on the stage, and eventually Becca out of the basket and a member of the group. The Tune Mammals played concerts and appeared with orchestras around the southeast for about a decade until Bill’s voice changed. We also made an award-winning movie, Boyd’s Shadow, represented here by the Sweeping Song, and a musical, The Rematch of the Tortoise and the Hare, excerpted on this CD.

All three children went on to careers in the arts — Bill as a performer, composer, and recording studio owner; Katie as a ballerina and then a visual artist; and Becca as a singer and composer with the Becca Stevens Band and many other collaborations.

People still tell me that they treasure the Tune Mammals cassettes (yes, cassettes!) from 30 years ago, so I hope these remixed and remastered CD’s will entertain yet another generation of carpools.