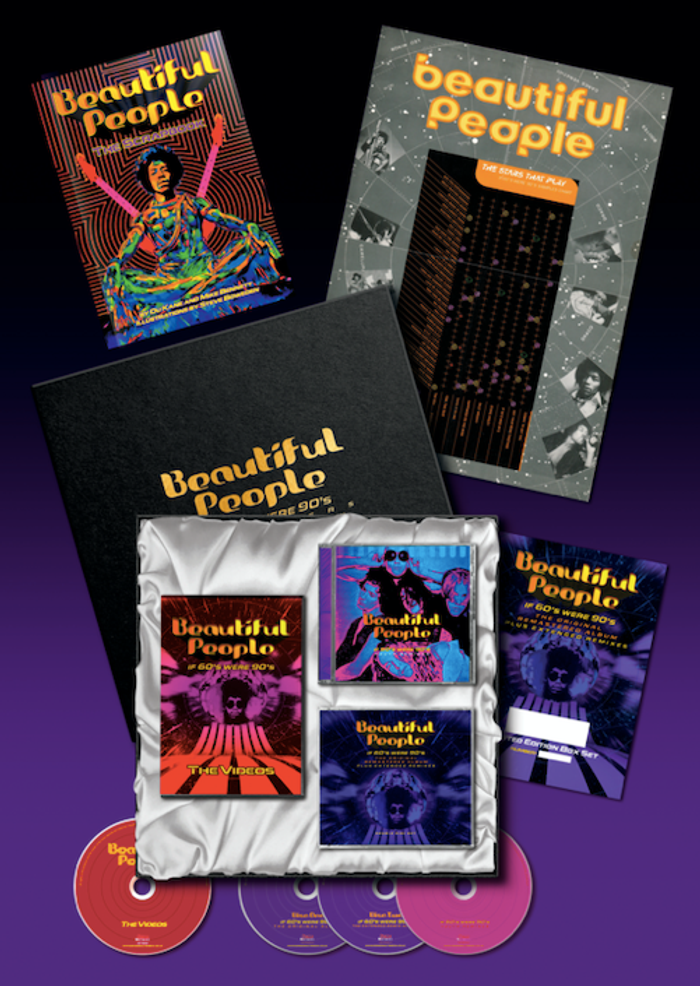 Commissioned by legendary record producer and former creative head of the Jimi Hendrix Estate Alan Douglas in 1990, the cleverly titled “If 60’s Were 90's” by the band Beautiful People, is a truly unique and seminal record.

“Beautiful People are a bunch of movers and shakers from London's Acid House Scene, who have a highly developed fascination with the music of Jimi Hendrix, emphatically not a ‘Tribute’ band in the style of the Bootleg Beatles or the Australian Doors, Beautiful People have used sampling technology to virtually recruit Hendrix into the groups line up.” - David Sinclair, Billboard Magazine

It all began when Singer/ Guitarist turned Acid House promoter Duncan Elder AKA Du Kane teamed up with Keyboardist/Studio Tech Whizz Luke Baldry, and created a one-off Hendrix sampled house track that found its way to Eric Clapton. Eric initially wanted to release the track but on managerial advice generously passed it on to Alan Douglas, (who ironically had been looking for an “environment” for the sampling of Hendrix at that time.) Douglas gave the gig to Kane and Baldry, the boys decided to name the band after Kane’s Acid House promotion company “Beautiful People” a name inspired by and attributed to author Ken Kesey and his team of 60’s Merry Pranksters. The album was complete in July 1992 with live drums recorded by Robin Goodridge (later of BUSH fame) and first released in 1993 on Castle Communications Essential label with remixes by Killing Joke bassist and Legendary producer YOUTH (Pink Floyd, Verve, U2.) The album was generally well-received even if the idea of it did freak out some purists, but it proved to be a grower. The New York Post called it “An inspired bit of Grave Digging.” In 94 Beautiful People toured Europe supporting HAWKWIND then on the personal request of Noel Gallagher toured the UK on the OASIS “Definitely Maybe” tour.