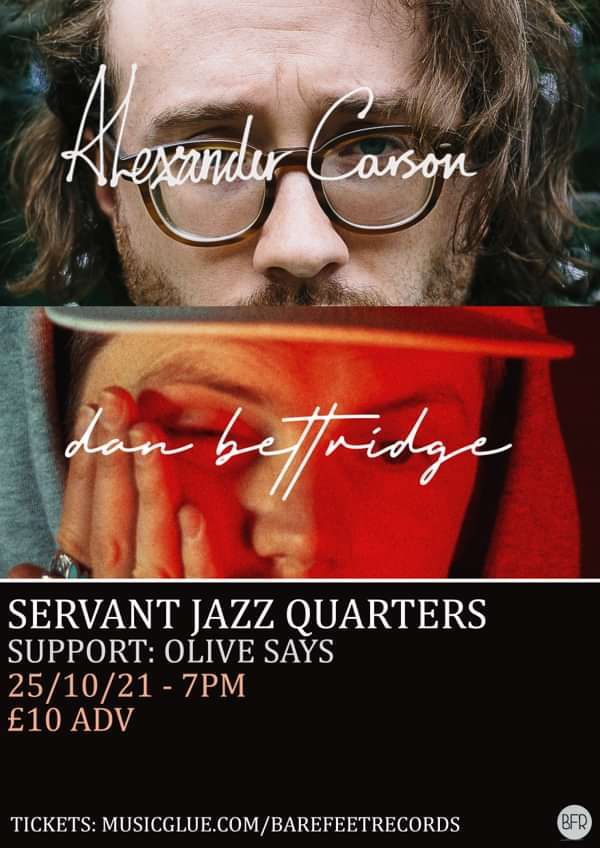 BFR are proud to present:

Dan Bettridge has toured with Jack Savoretti and Band Of Horses, performed at Maida Vale twice, once as Whispering Bob Harris’ ‘Favourite New Artist’, and played festivals throughout the UK, USA & Canada (including SXSW, AmericanaFest UK, Green Man). During lockdown Dan was part of Bob Harris’s ‘All Stars’ project alongside Mark Knopfler, Rosanne Cash and Darius Rucker which premiered in Rolling Stone. This year Bettridge hosted his own series of ‘Isolation Live’ interviews with a cross-section of music figures including Bob Harris, Huw Stephens, Fiona Stewart and Martyn Joseph.

The first half of 2021 has seen Bettridge release his long awaited new music in the form of his ‘Good People. Bad Habits.’ EP, to critical acclaim. Acoustic Guitar Magazine’s ‘Next Big Thing’, Dan’s live show is one not to miss.

“He is one of those artists who dances around the edge of the genre and I love that Americana can open its arms to this. His music paints landscapes and gives me a sense of escaping into a dream world; this might be because he is from the seaside in Wales and Dan is often pictured by stunning landscapes!” – Stevie Smith, AMA-UK CEO

Alexander Carson is a neoclassical, downtempo, composer and songwriter based in London UK. Carson spent the better part of 7 years as the lead singer, and songwriter for genre-fluid quintet Wooden Arms. His debut album “Ellipsism” came out on Diversion Records in April 2019.

His follow up semi-improvised, instrumental album “Tombland” was released on the 21st of February 2020.

In the meantime though you can hear his new single “Struggle” HERE.

““Lovers” is a perfect blend of modern songwriting and classical musicianship.” - Line of Best Fit

'Oliver’s music is a heavily melodic and textural representation of his psyche. Through the interplay of choral vocals and brutally intimate lyrics, he builds his pieces to beautify his experiences and transform them into something resonant and hopeful.'