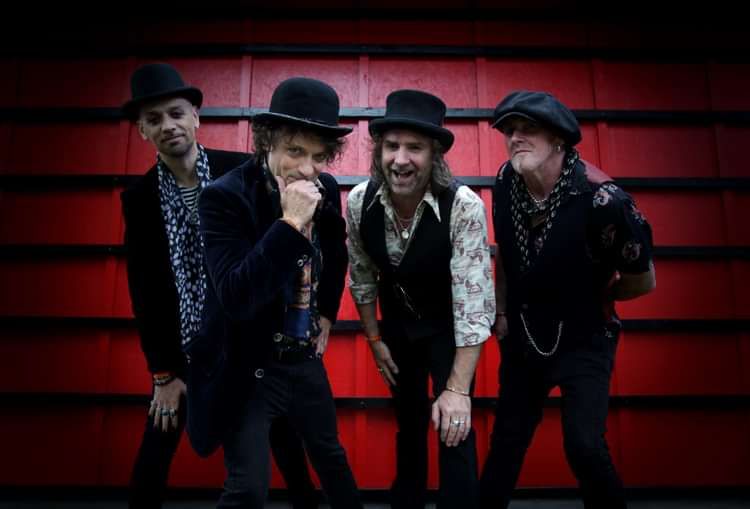 Last Great Dreamers with their distinctly British take on power-pop built a formidable live reputation in the 90’s with their shimmering glam style. Their debut album Retrosexual, a love letter to the early '70s glam scene, caught the media’s attention resulting in award nomination for 'best new band’ in Kerrang! Magazine before tragedy and disillusionment forced the band to call it a day. In 2014 they staged a fabulous comeback releasing album ‘Crash Landing In Teenage Heaven’ supported by a tour with Runaway’s singer Cherie Currie in 2015 & in 2016 opening for the Darkness, Terrorvision, Hey Hello & Tigertailz & released 2 brand new singles ‘Dope School’, & 'Glitterball Apocalypse’ both no.1s on the HRH radio chart.

Plans for 2020 include UK shows with punk legends The Boys plus headline shows in the UK, Spain, Italy & Scandinavia promoting their 25th Annivebrsary release of their debut Retrosexual.

"Take a bit of Hanoi Rocks, add a sprinkling of Wildhearts and the energy of a Backyard Babies gig then top it with a hint of blues and a gutsy powerful lead vocal and you have a perfect mix to get the party started. Crack open the Jack Daniels I’ll be round in five."

Tickets available from Tickets Scotland http://t-s.co/last6 & We Got Tickets https://www.wegottickets.com/event/494913