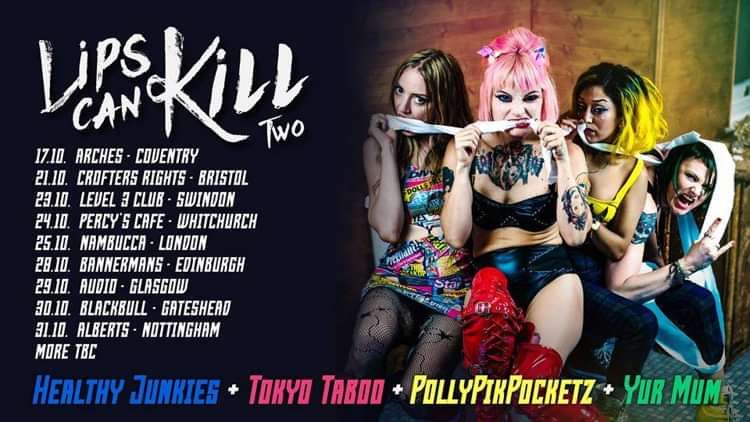 Back by popular demand !!!!

Nina Courson, Healthy Junkies glamorous yet rebel lead punkster ran away from home when she was fourteen. In the seedy underworld of Paris, Nina found her true musical muse in David Bowie’s music, then moved to London in 2007 to pursue her own rock n roll rite of passage.

Yur Mum is a multicultural rock band based in London. Their music is raw, loud and honest. They call it ‘road rage’ rock. On stage, Yur Mum is energetic, cathartic and unapologetic.

Following their debut 6th Street Psychosis, London band Tokyo Taboo have now announced their highly anticipated second album. Taken from the album, new single Whiskey will be released on the 4th of October via TT Records.

A vibrant & colourful mixture of style, culture, sex, musical influence & facial hair all puked into one. Catch them now before they become illegal.