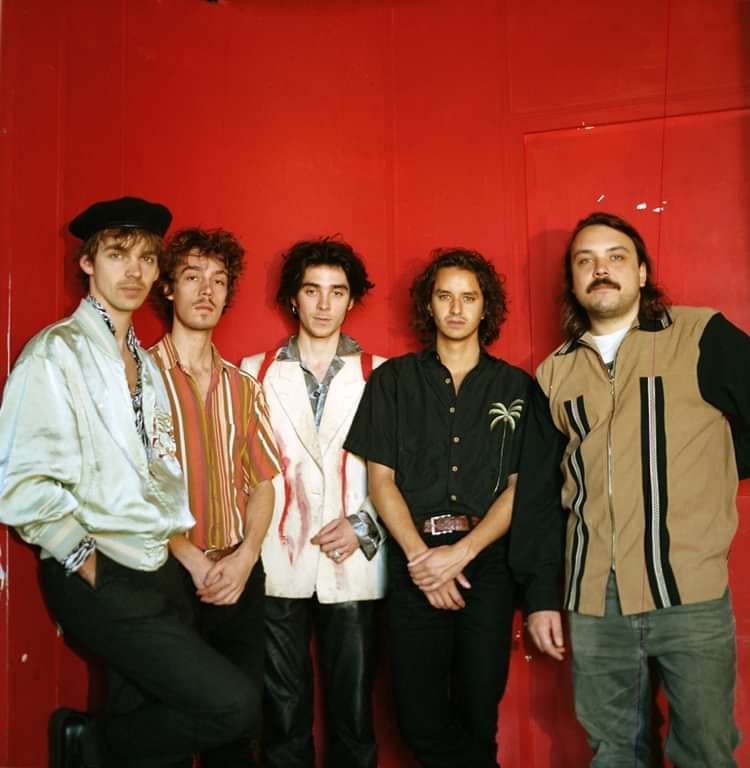 Tickets available via See Tickets or In-Store at Tickets-Scotland: https://www.seetickets.com/event/the-mauskovic-dance-band/broadcast/1395052

The Mauskovic Dance Band was assembled by Amsterdam-based producer and multi-instrumentalist, Nicola Mauskovic, who recruited long time friends and collaborators. Like any self-respecting band of musical brothers they took the name, Mauskovic, as their group cognomen: Marnix Mauskovic (guitar, synth, percussion) and Mano Mauskovic (bass), along with Chocolate Space Donnie (vocals, keys, effects). Their unique sound caught the ear of underground Cumbia producer Juan Hundred, who later joined the band on drums.

Entirely self-produced, the band has reiterated their favourite elements of the 70s and 80s legacy of the Afro-Latin psychedelic music of Colombia and Peru, interpreting it through the context of modern day Amsterdam. The output is a lo-fi No Wave groove all its own – rooted in a deep love of champeta, Palenque, psychedelic cumbia, chichi, classic afrobeat and picó soundsystem culture.

Since the release of their “Down In The Basement” EP on Soundway Records in early 2018, the band have found themselves on a hectic touring schedule – not to mention being involved in other side projects. Following stints with Turkish psychedelic folk rock group Altin Gün, and touring with the re-formed 70s Zamrock outfit W.I.T.C.H., Nic Mauskovic also teamed up with Dutch neo-psychedelic artist Jacco Gardner to form the “cinematic Balearic disco” duo of Bruxas (released by Dutch institution Dekmantel) – and together, they mixed The Mauskovic Dance Band debut album in Lisbon.

Constantly in demand for live shows – not only does The Mauskovic Dance Band’s music flourish on stage particularly in a club, this time it was made in one. The album was recorded in the storage space of Amsterdam’s Garage Noord, a recent addition to the scene but already a favourite amongst clubgoers for its forward-thinking programming. Its industrial yet intimate nature permeates the album, lending it a pulsing, hypnotic and hazy atmosphere.

The Mauskovic Dance Band began with the release of two 7” singles on Swiss label Bongo Joe Records in 2017. In 2018 they signed with Soundway Records with their first EP “Down In The Basement”, followed 6 months later by the “Things To Do” 7” single and now the release of their self titled debut LP.

Championed by DJs and tastemakers, their track “Continue The Fun (Space Version)” was selected by Gilles Peterson for his Brownswood Bubblers Thirteen compilation and nominated for Track of the Year at the 2018 Worldwide Awards in London. But 2019 marks the year to deep dive in the “percussione and spazio” sounds of The Mauskovic Dance Band.