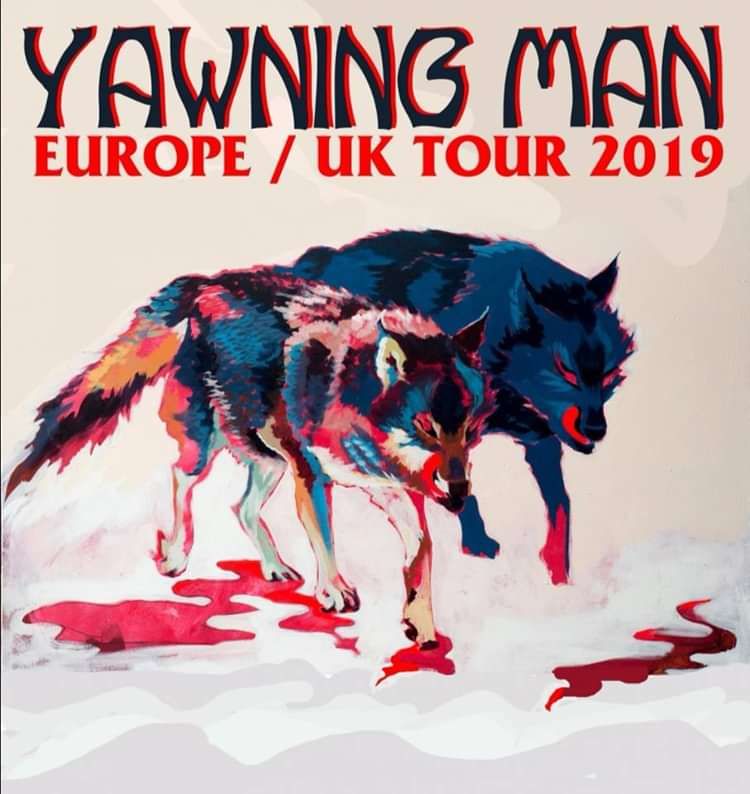 Tickets on sale now from:

The aural experience that Yawning Man delivers on stage and through their recordings is like hearing a colorful kaleidoscope of polyphonic musical textures that is both graceful yet intense. Formed in the late 1980's between lifelong friends Gary Arce, Mario Lalli, Alfredo Hernandez and Larry Lalli, they are recognized and acknowledged as a key piece in the early development of the "stoner rock" genre along with being pioneers of the Palm Desert, CA heavy music scene.

While their more commercial contemporaries leaned toward heavy riffs and hardcore punk, Yawning Man made themselves distinct with their favoring of reverb laced surf and psychedelic tones...the perfect blend of sound to encompass spacious atmosphere of the well documented "generator parties" of their area in the late 1980's. It was at these gatherings where they earned their bones by enchanting spectators with their seemingly endless free form instrumental sessions, which echoed through the barren, rocky landscapes of the Coachella Valley and beyond. As time passed, their legend grew with notable names of the Palm Desert music scene paying homage to the group through mention and praise, notably with Kyuss doing their own rendition of the Yawning Man track "Catamaran" on the ...And The Circus Leaves Town release.

It wouldn't be well into the new millennium for any recordings to be made commercially available, only fueling their legend amongst the underground. Now with four full lengths available and a handful of EPs and splits, they have become an in-demand name worldwide with ten years of European tours along with treks across the North and South American continents (South America resulting in their latest release, Historical Graffiti). Festival appearances include Hellfest (FR), Azkena Fest (SP), Reverence Fest (SP) Desertfest London, Desertfest Berlin, Up in Smoke (DL), Psycho Las Vegas, and various others across Europe. The recent documentaries Lo Sound Desert and Desert Age give light on Yawning Man’s influential impact on underground rock music

“This is a band that makes you envision a multitude of colors when listening to their albums and the effect carries over to their live experiences as well. The raucous reaction they received from their performance left the audience dumbfounded and in disbelief upon the final chord sweep, we can only hope more comes from this group with future activity. - New Noise Magazine

“Yawning Man has always been an “in the know” band for the heavy rock underground, far more influential globally than commercially successful.” - The Obelisk

“One of the most impressive facets of Yawning Man is the absence of a singer and an instrumental jam band would need to be dynamic enough o fill that void, Yawning Man does it well.” - MetalWani.com