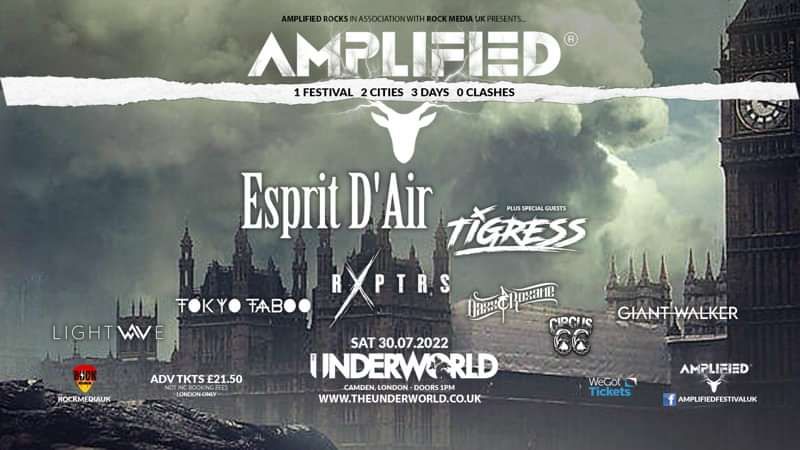 Following the CoVid global pandemic that has affected so many lives and indeed the live music scene over the last couple of years Amplified returns with an awesome line up featuring some of the best acts from around the UK.

CIRCUS 66 will be kicking things off with their hellacious hard rock https://youtu.be/v4IZ0tppiKc

GIANT WALKER bring their progressive hard rock joining us off the back of their debut UK June headline tour https://youtu.be/58wSAmh9OJA

Riotous rockers TOKYO TABOO are here with their spectacular, character driven and vibrant live performance to shock and enthrall you https://youtu.be/pE14TdwZovs

DAXX AND ROXANE originally from Switzerland and now residing in London expect a full blown classic rock set from these guys https://youtu.be/_twuYw1gfto

Special Guests TIGRESS who having supported the likes of Bring Me The Horizon and Skindred whilst performing at many of the UK's largest rock festivals are here showcasing tracks off 'Pura Vida' their critically acclaimed debut album! https://youtu.be/iR0FxQA5F-s

And as featured on Billboard, HuffPost, Loudwire, BBC Radio, Kerrang! & Louder we are proud to announce the award-winning ESPRIT D'AIR are headlining Amplified 2022 at The Underworld bringing their Japanese electronic rock/metal led by vocalist, multi-instrumentalist and producer Kai.

Their sound is unique and fresh, bringing together hard-hitting aggression with melodic vocals and electronic synthesizers and in 2018, Esprit D'Air won 'Best Metal Album' at The Independent Music Awards in New York, for the release of their debut album, 'Constellations', judged by an esteemed panel featuring Slayer, Amy Lee (Evanescence), Sepultura & more!

With their second studio album 'Oceans' released last week (Starstorm Records) and having already achieved 2 million streams, it's a painstakingly crafted album that demands attention and involvement from the listener. It calls on your emotions and asks for your response to dive in "a really unique blend of djent, industrial, electro, goth, emo, metal and much more" - Ben Christo, The Sisters of Mercy

"Showcases how these guys have the ability to mix up so many flavors. It's proggy, cinematic, it's synthy, it's a bit Dragonforce-y at times, a bit metal-y, but all the time, it's bloody great." Alex Baker, Kerrang! Radio

Listen to 'The Abyss' (feat, Ryo from Crystal Lake) here: https://youtu.be/eq-rBic_xlY and get the stunning album 'Oceans' now: https://espritdair.ffm.to/oceans

Amplified 2022 promises to rock the capital on Saturday 30th July

Tickets are on sale NOW!! https://www.wegottickets.com/event/537610

And don't forget that the show continues at Rebellion, Manchester with another phenomenal line up featuring Chuggaboom, Monasteries, Seething Akira, Defects, Asleep At The Helm, Colosseums, This Is Turin and Overthrone.

Esprit D’Air reformed in June 2016 after a three-year hiatus, with guitarist Kai taking on the role of the vocals and guitar, Ellis on bass and Daishi on drums.

Their sound is unique and fresh, bringing together hard-hitting aggression with melodic interludes and blistering guitar solos. The band has received critical acclaim from their charismatic live shows in various countries, and their song ‘Shizuku’ was the first song in the J-rock genre to appear on the video game Rock Band 3.

The band is not seeking a major record label but instead, follow a strong DIY ethos and produce everything themselves to be as self-sufficient as possible. Consequently, they record, mix and master their own releases in their own home recording studio and produce the artwork themselves.

Tigress are a British rock band from Chelmsford, England. Formed in September 2015, the band consists of vocalist Katy Jackson, guitarists Tom Harrison and Sean Bishop, bassist Jack Divey and drummer Josh Coombes. The band is currently signed to Humble Angel Records though were were previously signed to LAB Records where they released their debut EP Human on 13 November 2015, follow up EP Like It Is on 12 May 2017 and 2018 EP Who Cares. All three releases were met with much acclaim across a number of major and independent music publications.

In September 2021, they released their debut album "Pura Vida" and followed this up in November 2021 embarking on a co-headline tour of the UK with Bleak Soul (fronted by ex. As It Is guitarist Benjamin Langford-Biss) playing in Glasgow, Newcastle, Manchester, Liverpool, Birmingham and Bristol. 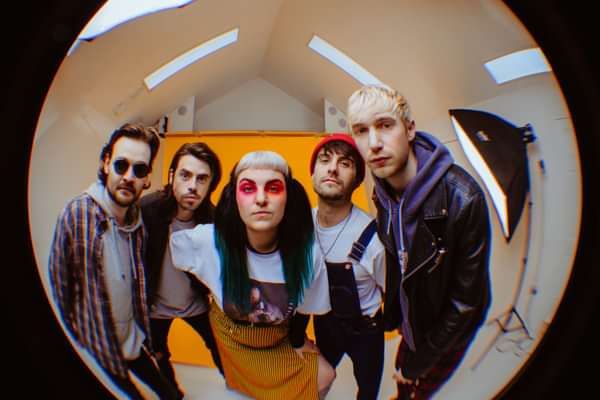 “RXPTRS HAVE NO DESIRE TO CONFORM, AND THEIR RESULTING CREATIVITY IS TRULY REFRESHING...

THEY ARE IN A WORLD OF THEIR OWN, AND THAT’S PRECISELY WHY THEY’RE ALREADY SCALING THE RANKS OF THE BRITISH METAL AT AN ALARMING RATE.” ALTERNATIVE PRESS MAGAZINE Daxx & Roxane are a kick-ass 4 piece rock’n’ roll band originating from Switzerland, now based in London. With Led Zeppelin, Deep Purple and AC/DC as their key influences, it’s no wonder that Kerrang! Magazine has hailed them as “tooth-and-nail, testosterone-powered rock.”Their philosophy, that “Rock’n’Roll is all about energy. All about creating an adrenalin rush”is reflected in their intense live shows, as anyone who witnessed their recent storming homecoming gig at the Montreux Jazz Festival would certainly tell you. The band were also handpicked as main support at HIM’s final UK show in December 2017 at the Camden Roundhouse, which speaks for itself.  Their commitment to writing songs with killer riffs that grab you and refuse to let go, and huge chorus hooks that mark them as instant classics, is reflected in their highly praised debut album, ‘Ticket to Rock’. With singles that have collectively spent over 40 weeks on the Planet Rock playlist, a host of 9 and 10 out of 10 album reviews, 2018 is set to be an exciting year. Hard Rock Hell Mag might just be right in stating that ‘Daxx & Roxane are on the fast track to Superstardom...” 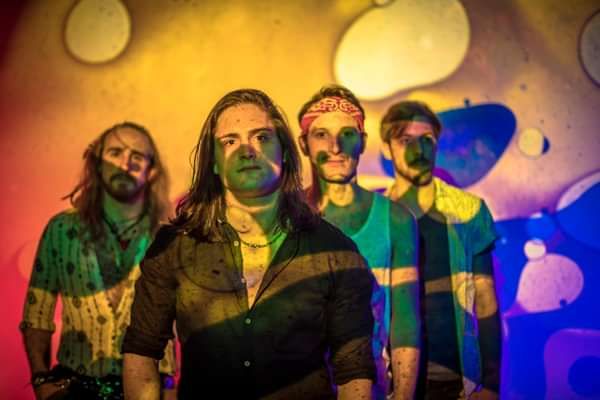 Riotous rockers Tokyo Taboo have built quite a reputation for their spectacular, character driven, and often shocking vibrant live performances. With glowing comparisons to Deap Vally, Halestorm, and Juliette & The Licks, Tokyo Taboo drop their new single, Whiskey, out now, which is taken from their much- anticipated upcoming new album.

Composed of the feisty and ferocious pair Dolly Daggerz and Mickey Danger, the Londoner’s debut album, 6th Street Psychosis, brought them acclaim from the likes of Radio X’s John Kennedy, BBC Radio 1, Clash and Punktastic. The duo have been hard at work on their upcoming album, recorded in California by Noah Shain (whose most recent production Badflower’s ‘Ghost’ recently occupied the Number 1 spot in the US rock chart). Their second album showcases how diligently the band have honed their sound since their debut, developing musical layers and refining production to create something utterly unique.

The rising twosome are now ready to gather more friends and fans with the mind-blowing power of their new release, Whiskey. The track, a raw personal lament on Dolly's tumultuous relationship with alcohol, rages with the band’s trademark ferocity as whirring hooks race alongside tremendous beats. The immense power of front-woman Dolly’s vocals married with Guitarist Mickey Danger’s riotous riffs blast into your ears, propelling the track forward at break-neck speed. Of the track, Daggerz comments: “I wanted to describe how I'd become dependent on alcohol to feel ok. I got so used to drinking whiskey straight out of the bottle before jumping on stage. I thought being wasted was the only way I could perform as a riotous female. Turns out I never needed alcohol at all and that craziness lives in me!” Dolly, now sober for almost a year, says, "I was a walking emotional rollercoaster. High from the adrenaline of our show then so low the next day...I could see a nasty end for myself if I didn't pack it in."

Whiskey, with its seething frenzied energy, is an electrifying single that will instantly hit you with powerful force. Out now via TT Records, you can listen to Whiskey at: smarturl.it/WhiskeyTT . With a UK tour on the horizon, plus more new music on the way next year, you’d better keep your eyes on Tokyo Taboo.

"[…] what we love about this band, first of all is that they’re upbeat, they’re really happy but visually they are brilliant. Their videos are quirky but fantastic and their music is the same” Huw Stephens Show, BBC Radio 1

"Big, brash and boisterous, singer Dolly Daggerz summons up vocal inspiration from the likes of Karen O from Yeah Yeah Yeahs, Wendy James of Transvision Vamp and even the great Lene Lovich here on this rowdy workout. The guitars are cranked firmly up to 11 but it never strays from a killer hook-filled melody running throughout." Record of the Day

“…fighting against the patriarchy one fuzz pop belter at a time.” Clash 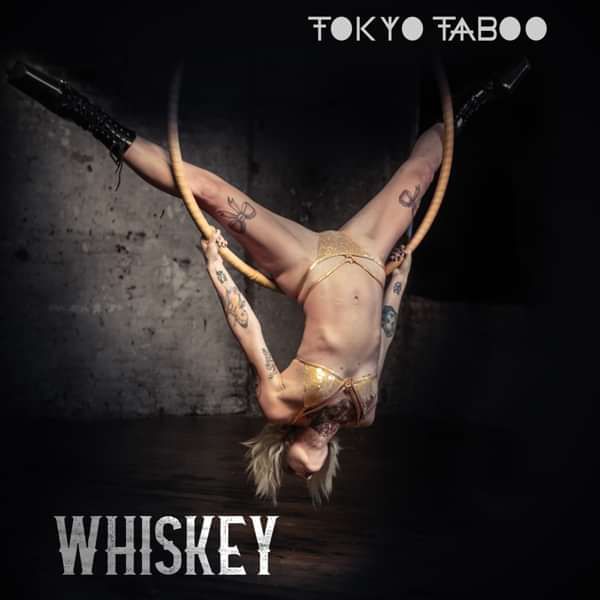 After individually relocating 300 miles to further develop their craft, the Geordie quartet was coincidentally born in the South, bound together by their northern heritage and a shared love for bands such as Karnivool, Soundgarden, Radiohead and Deftones.

Written during the 2020 lockdown, their upcoming releases feature themes of self-isolation and a dystopian reality. Their music captures the many lows of loneliness and tips a hat to the music that gets you through hard times; sweeping you up in a conceptual journey, from giant riffs to melancholic melodies, and ambient soundscapes.

Recorded, mixed and mastered by Chris Coulter (Arcane Roots, Jamie Lenman) at the Ranch and Stakeout Studios, Giant Walker have stitched together a sound, woven from the fabric of their influences, that can't be found elsewhere. 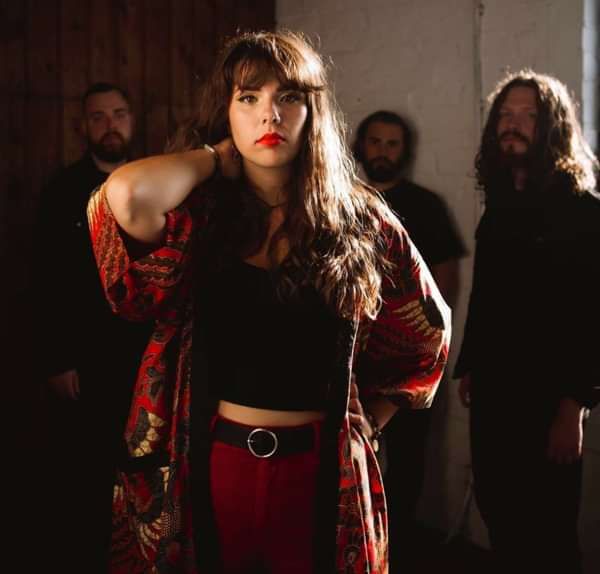 What do get when you cross an Englishman, a Welshman, a Russian, and a guy who’s not quite sure where he’s from? This definitely isn’t the start of a joke, but the forming of CIRCUS 66.

CIRCUS 66 is a rock band bursting with funk infused blues, & shaken up with a dose of classic rock overtones. This band is the brainchild of guitarist, Matt & bassist, Tom, whose paths crossed in university in 2012. For 3 years the band performed as a 3-piece, cultivating a wide musical fan base due to their musicianship and energetic live shows.

Enjoying success on the release of their second EP in 2015 whilst being signed to The Animal Farm record label, the band supported the likes of The Wild Lies, Sons of Icarus, Tequila Mockingbird, Massive Wagons, Killit & The Dust Coda.

A line-up change steered the band into reinventing themselves musically as a 4-piece with the addition of groove based drummer, Leigh, and powerhouse vocalist, Annabelle. With Annabelle’s presence, image, attitude and having “the voice”, Matt and Tom felt they had finally found the missing piece of the band.

During 2017, the band recorded a number of songs with Producer/Engineer Adam Whalley (Slash, Richie Sambora, Zakk Wylde, Big Boy Bloater, Wille and the Bandits), which was released as an EP called “Showtime”, in March 2018. Combining sterling musicianship and dominant vocals with a soulful flare, the new EP caters to a wide range of listeners, to fans old and new.

The band are receiving glowing feedback and airplay from a number of national radio stations including Hard Rock Hell Radio & Chat & Spin Radio & Down The Front Media. 2018 is shaping up to be a busy and important year for the band where they will be taking their rock craft out on the road where it belongs. 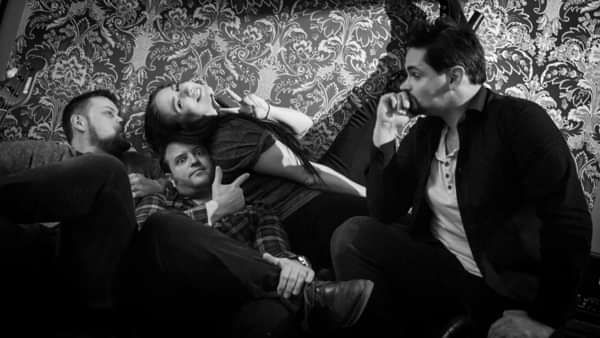