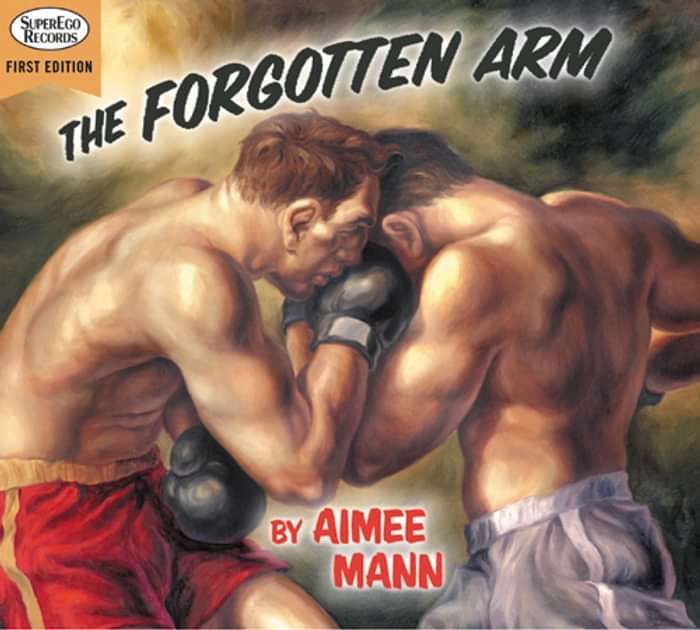 Aimee Mann songs have a literary quality to them—sharp, spare short stories set to music—so it was probably inevitable that she would one day make a concept album, the musical equivalent of a novella. The Forgotten Arm (SuperEgo), her fifth solo release, is exactly that: a dozen songs that tell, rather loosely, the story of John and Caroline as they meet, fall in love and road trip across America.

Produced by singer-songwriter Joe Henry, The Forgotten Arm is a departure for Mann in several ways, not least of which that it was recorded over just five days last summer. “Joe makes records really fast and he makes them in a very natural way,” says Mann. “He sort of cast the members of the band well”—including top LA session players—“and then we just made the record fast and simple.” It is also Mann’s most straightforward rock record to date. “I liked the idea of sounding more like a live band,” she says, “so there is a similar guitar sound from song to song.”

Mann has also taken to writing songs on the piano for the first time and that, too, has affected her sound. Piano is not the only new skill Mann has picked up since her last recording. About a year ago she took up boxing, hence the album’s title. “My friend who boxes has this move he was showing me, he calls it ‘The Forgotten Arm.’ It’s like when you have someone on the ropes, you’re hitting with your left hand, you have your other hand between the two of you, and your opponent forgets about the right arm, so you can bring it in for an uppercut. To me, it’s about the fact that the knockout punch is always the one you never see coming.”