Scottish power pop band Aerial are back with a new record, Why Don’t They Teach Heartbreak At School?The group’s sophomore album was recorded at Lightship95 Studios in London and proves that the band has lost none of the infectious energy, pop hooks and west coast harmonies that defined their sound the first time around.

Formed in Aberdeen in the late 1990s, Aerial soon came to the attention of London-based Fantastic Plastic Records. The band’s first recording, Signal E.P., was released in May 2000 receiving extensive airplay on BBC Radio 1’s Evening Session and London’s XFM before making the UK Indie Top 30 singles chart.The Star of the Show E.P. followed in October 2000 and the band continued to gig tirelessly including an appearance at T in the Park, a UK tour with label mates Astrid & Angelica and support slots with the likes of Snow Patrol & the Posies. Their debut album, Back Within Reach, was released by Japanese label Syft Records in 2001. Following a series of line-up changes the group disbanded later the same year.

Fast forward 10 years and Aerial, re-tuned and re-grouped, began writing the follow up to Back Within Reach. With new material ready to go, the band then announced their return and headed back into the studio in March 2013 to record a brand new record.

Why Don't They Teach Heartbreak At School? picks up right where their debut left off as Aerial deliver 12 new tracks documenting tales of schoolyard frustration, Japanese dancers and broken engagements along the way. This is the sound of a band who have lost none of their sense of youthful exuberance. 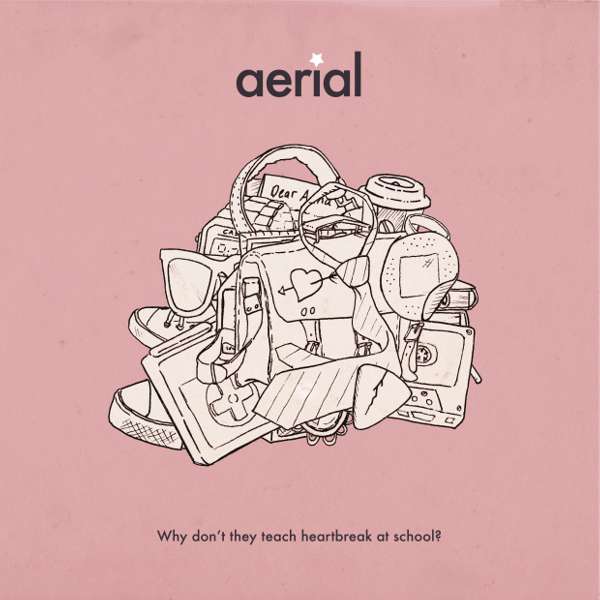 Why Don't They Teach Heartbreak At School? - CD